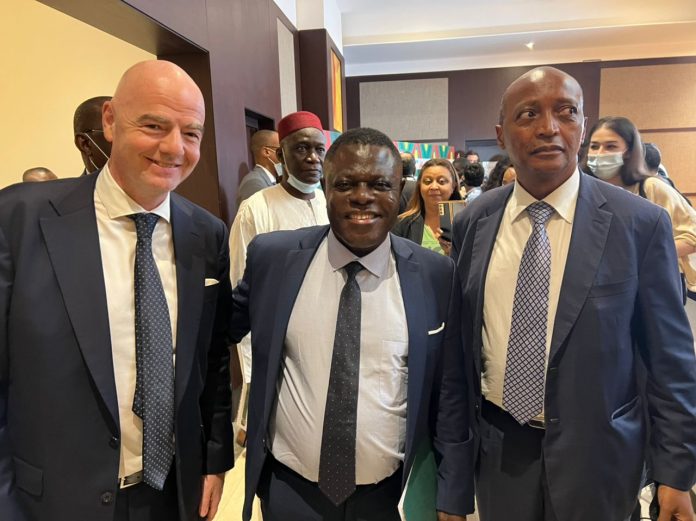 The success of AFCON 2021 can never in anyways be swept under the carpet, though its organization came under a barrage of criticism from some European big team managers and sections of the western press.

With the exception of the unfortunate crowd stampede that occurred at the Olembe Stadium, the fear of terrorist attacks that were trumpeted by the naysaying press is to use a false prophecy that did not happen.

The success story of AFCON 2021 will never be complete with the breath-taking finals between what is termed as the battle of Liverpool FC, a team whose manager was so critical of this beautiful tournament. Sadio Mane’s Senegal at the end of the foot hostilities were victorious over his teammate Mohammed Salah’s Egypt who has the enviable record as the most crown AFCON champions.

As part of the grand scheme for success by the current leadership of CAF, days leading to the finals were used to organized a series of meetings for the way forward Africa’s football, one such meeting was the African Super League Meeting held at the instance of the President of CAF Dr. Patrice Motsepe and the President of FIFA Gianni Infantino.

The African Super League was announced later on the 28th of November 2019.

This meeting was attended by the crème de la crème of Africa football with Africa’s most accomplished teams represented by their top executives.

Amongst the mighty football personalities that were invited to this meeting was Dr. Kwame Kyei, the Board Chairman of Kumasi Asante Kotoko, the business magnate who is also the founder of the Unity Group of Companies. Dr. Kwame Kyei’s invitation was a special one from the President of CAF, an invitation he received on 18th January 2022, the invitation also offered him the opportunity to witness the final match of the TotalEnergies Africa Cup of Nations Cameroon 2021.

Dr. Kwame Kyei was in full attendance of the African Super League meeting called by the Presidents of CAF and FIFA. In attendance were the FIFA President, as well as top representatives from the other CAF nations.

The development of African football, developing talent in football, football management, marketing players, among others, were the key topics discussed at this meeting.

Dr. Kwame Kyei had the opportunity to have a productive duologue with the CAF President, as well as the FIFA president, where they shared ideas on the future of football in Africa and Ghana in particular amongst themselves.

Furthermore, he also took the opportunity to extend a special invitation to the CAF President to revisit Ghana and pay a courtesy visit to the Asantehene, Otumfuo Osei-Tutu II, the life patron and owner of the Asante Kotoko Sporting Club, of which Dr. Kwame Kyei is the Board Chairman.

Dr. Kwame Kyei further had the opportunity to hold meetings and discussions with other international football club executives and scouting agents, whom he connected with during his four-day stay in Cameroon.

In an exclusive interview, he expressed utmost gratitude to the Presidents of CAF and FIFA for the opportunity to be in Cameroon for the African Super League meeting and the TotalEnergies Africa Cup of Nations final.

He also enumerated the opportunities the trip offered him to broaden his knowledge of football, and also enabled him to build on and expand his network and contacts in the African Football Industry.

In addition to these, he was of the utmost belief that this opportunity has motivated and rejuvenated him to continue to play his part and contribute extensively to the development of football in Ghana.