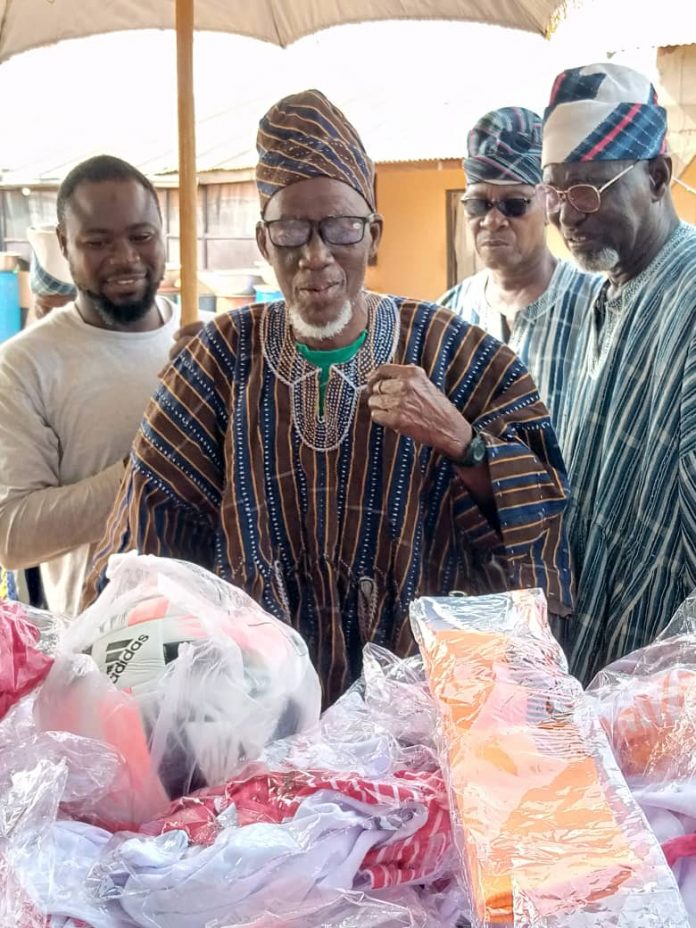 Speaking at a short ceremony on 3rd July, 2021 to present the Jerseys to the team, Damongowura Gbeadese (I) said it is his dream to see Damongo and the Savannah Region represented in the Ghana Premier League and also producing footballers in the national teams of Ghana.

He added that all the teams in the Municipality will equally be attended to in the coming days and assured the team of his readiness all the time to support them.

He further urged them to beat any team that will come on their way to enable them qualify to the highest level in Ghana football.

Mr Akwesi Soale, Coach of the Mole National FC thanked the Damongowura for his kind gesture and encouragement since no team in the country succeeds without motivation.

Mr Soale further appealed to other bodies to come to the aid of the team by emulating what the Damongowura has done.

Captain of the Mole National team, Yussif Rayan also in a speech on behalf of the team assured the chief of their readiness to qualify to the next level but was quick to seek for the blessings of the chiefs and people of Damongo.

He said football in the municipality apart from the unifying the youth also entertain the community which should be supported all the time like what the Damongowura has done.

He appealed to the sons and daughters of the land to help both in cash and in kind to be able to help the team reach higher heights in Ghana football.