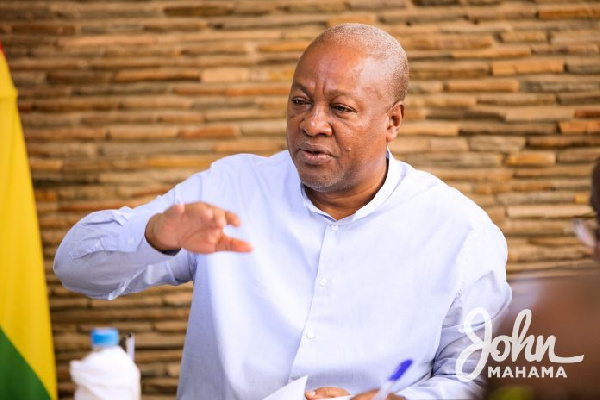 The current judiciary is facing a credibility crisis as a result of perceived hostility and political bias in legal proceedings especially at the apex courts.There is, thus, the need for change and a deliberate effort to repair the broken image that the Judiciary is currently grappling with.

These are the views of John Dramani Mahama, former president of the Republic of Ghana.Mahama is, however, worried that the current leadership of the judiciary led by Chief Justice Kwesi Anin-Yeboah, cannot lead that rebirth process.

“There is therefore the urgent need for the Ghanaian Judiciary to work to win the trust and confidence of the citizenry, and erase the widely held perception of hostility and political bias in legal proceedings at the highest courts of the land.

“Unfortunately, we have no hope that the current leadership of our judiciary can lead such a process of change.

We can only hope that a new Chief Justice will lead a process to repair the broken image that our judiciary has acquired over the last few years,” Mahama submitted over the weekend.

The 2020 NDC presidential flagbearer was speaking at a forum held for lawyers within the National Democratic Congress.

He also explained the extent to which recent calls to resort to the courts have been met with ridicule because people are losing trust in the judicial process.

Mahama specifically referenced the tag ‘Unanimous FC,’ ascribed to the Supreme Court rulings that are perceived to be politically tainted and skewed to favour especially the ruling New Patriotic Party, NPP, government