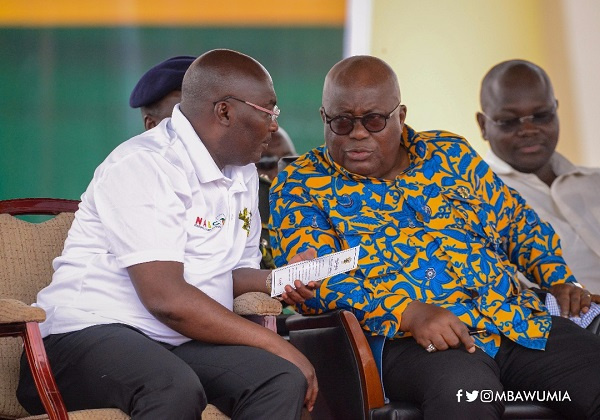 Former President John Dramani Mahama has called out the Nana Addo Dankwa Akufo-Addo-led government describing it as a political scam of historic proportions.

Mahama bases his conclusion on the current economic headwinds that the country is facing and wants Akufo-Addo and his Vice, Dr. Mahamudu Bawumia to take responsibility for the crisis.

Mahama was speaking on Sunday (August 28) at a conference organized for National Democratic Congress, NDC, lawyers. Mahama stressed that unlike the New Patriotic Party, NPP, the NDC has proven to be better handlers of national governance.

“Ghanaians are looking up to the NDC to restore hope and turn the fortunes of our motherland around from the pitiable state in which we currently find ourselves. At this time, Ghana our motherland is in deep crisis. Our economy is in a dire situation.

“Our economic fortunes deteriorate with every passing day. Ghana is facing an unprecedented economic tailspin of runaway inflation, which is currently measured at above 30%; [and] a fast depreciating currency,” he pointed out.

Mahama has in the last few months critiqued government over economic mismanagement. He has through public lectures proposed measures to help deal with the crisis.

Among others, that the Finance Minister be sacked and the Economic Management Team, EMT, headed by Vice President Bawumia be disbanded and reconstituted.

Government on July 1 initiated talks with the International Monetary Fund, IMF, for an economic rescue programme of about US$3 billion in support.

Galloping inflation, last pegged at over 31%, and a depreciating cedi have become two main pointers of the economic crisis that has triggered general rise in cost of living.