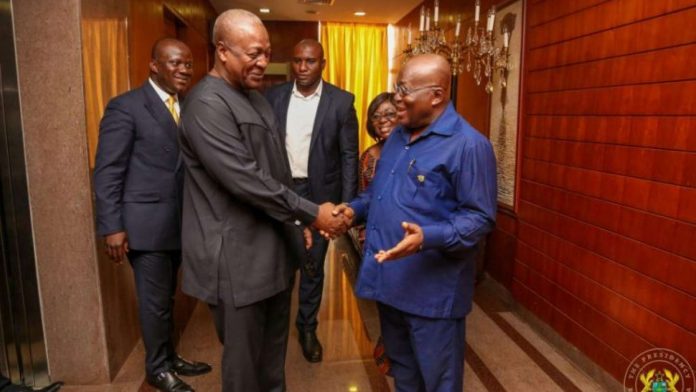 Former President John Dramani Mahama has claimed that despite President Akufo-Addo’s promises to combat corruption, it has exploded.

He stated that Akufo-Addo’s administration has not only depleted the public purse but has also protected his appointees who have been involved in corrupt activities.

He went on to say that the current NPP government is fighting people and institutions tasked with fighting corruption.

“This is evident in the government’s harassment and hounding out of the office of former Auditor General Daniel Yaw Domelevo. The former Special Prosecutor was not only starved of funds and staff but had to resign after accusing the president and the finance minister of interference in his duties in the investigation of the Agyapa deal”.

Mr Mahama stated that there are also conflicts of interest concerning bonds and loans, as well as insider trading, among other things, that are pungent and swelling around the seat of government.

Ghanaians have lost faith in Nana Addo’s inept and corrupt administration and will hold a new NDC administration to a much higher standard than we have seen so far.

Furthermore, Ghanaians, he added, want the new NDC to run a leaner government with fewer ministers than the country has ever seen.

He stated that the government must reduce waste and be more frugal in everything it does.