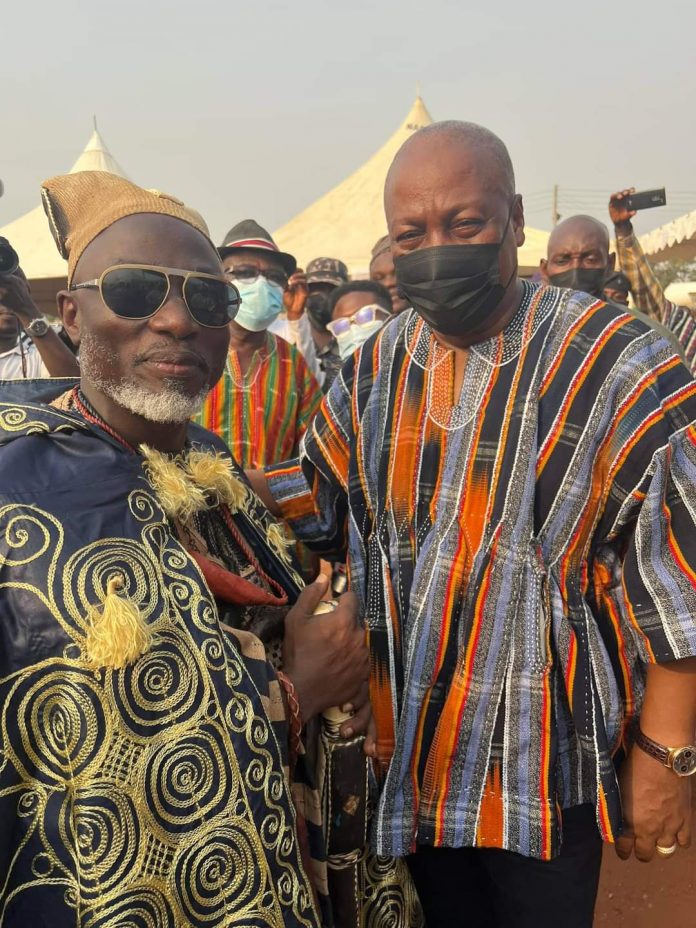 The Gonja community in Greater Accra has officially outdoored Garba Nurudeen Jawula as the new chief on 23rd January, 2022.

Having lost the late chief months ago, the Gonja community in accordance with customs and traditions performed the 40 day adua of the late chief and enskinned a new chief.

The new Chief was the Youth Chief of the Gonja Community in Greater Accra for many years before his elevation as the substantive Chief.

Speaking at the ceremony, John Dramani Mahama thanked everyone for coming and asked for prayers for the departed chief and wisdom for the new chief. He also appealed to everyone to pray for his brother late E. A Mahama while calling on everyone to come and support his brothers funeral at Bole this coming weekend.

Dancers from all cultural groups in the north were present and Gonja play mates such as Sissalas, Chokosis and others have the program lively and entertaining moments.