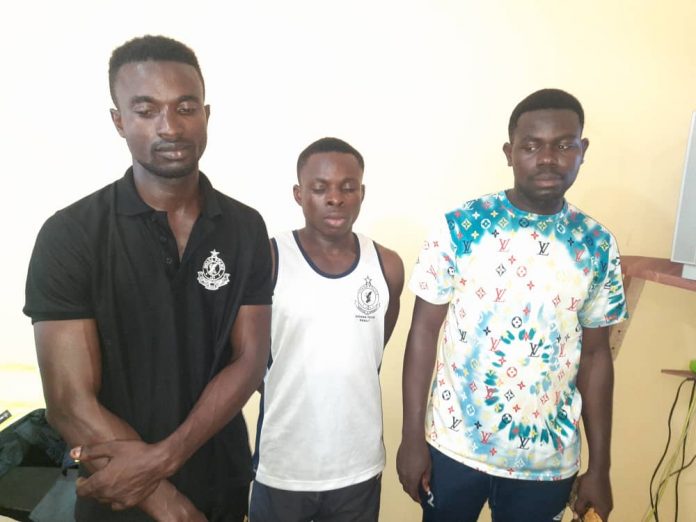 The four security personnel who were arrested in Bole for stealing during an operation at Kui in the Bole District have been interdicted.

According to the Savannah Regional Police Command, preliminary investigations have provided enough evidence for the officers to be interdicted to serve as deterrence to other security service personnel.

On 29th November, 2021, the said officers were arrested for stealing some belongings from illegal miners at Kui.

The police revealed that after the arrest of the personnel, Constable Christian Appiah had on him GH₵4,135 and other items. Constable Apraku and Owusu Ansah were found with martphones while the immigration officer had cash of GHc 10,880.