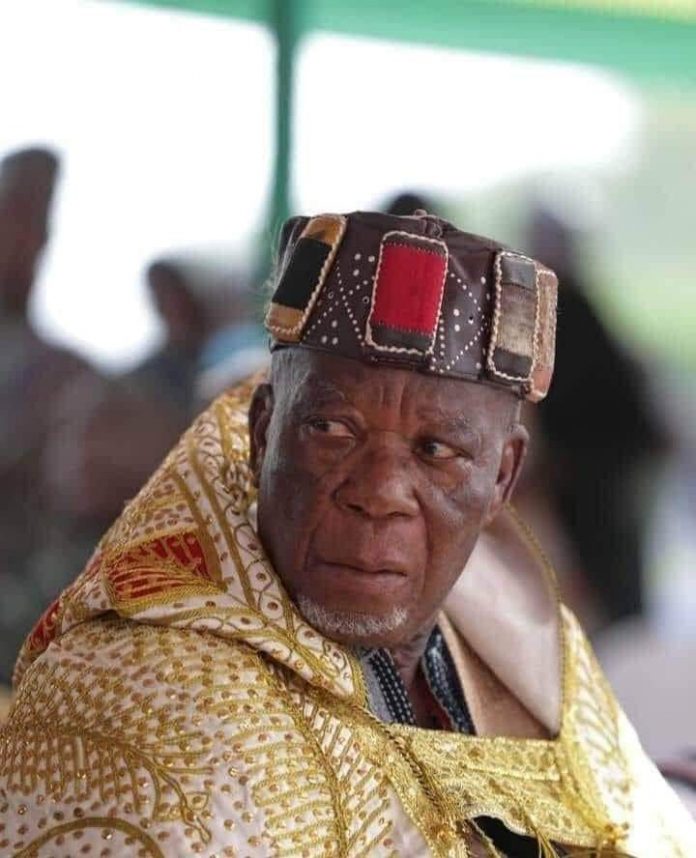 Speaking on the super morning show of Bole based Nkilgi on 12th October, 2021, the revered Gonja Chief stated that the development of the Savannah Region is what matter most and therefore, he is pleading with all the Assembly members in the Bole District and the East Gonja Municipality to bury their individual interests and grievances and listen to the President of Ghana by not just confirming the two renominated nominees, but giving them a 100% endorsement for the sake of the development of the infant Savannah Region.

Buipewura said development is his priority and always put all interest aside.

The Paramount Chief of the Buipe Traditional also on behalf of the King and Overlord of Gonja use the gods and ancestors of Gonja to plead with the Assembly members to forget any differences and also forgive each and then confirm President Akufo-Addo’s ominees.

Buipewura said Bole had no peace but now there is peace partly because of the role of President Akufo-Addo and so it would be disappointing to disappoint his word.

Buipewura said all politicians in Gonja are his sons mentioning his own two sons Hon John Abdulai Jinapor and Hon Abu Jinapor and so they will always come in to solve political issues when necessary.

He said his two sons, the Member of Parliament (MP) for the Damongo Constituency Hon Samuel Abdulai Jinapor and the MP for the Yapei- Kusawgu Constituency Hon. John Jinapor belong to different political parties but have more interest in the development of the Savannah Region first before their respective parties.

He said his stand as their father is to see to the development of the region.

Buipewura disclosed that Yagbonwura Mahama Dagbonga refused to be allowed to be part of then Northern Province saying Gonjaland is independent and was arrested by the White colonialist for that, but today Gonjaland has gotten what Yagbonwura Mahama and others fought through President Akufo-Addo because a region has been given.

Buipewura said the Bole district is too big and the Gonja Traditional Council is fighting for it to be divided into two districts, but issues like what is happening will make it difficult for them to go President Nana Akufo-Addo.

He said the Gonja Traditional Council and is solidly behind the DCE and MCE nominees for Bole and East Gonja Municipality.

Buipewura urged the assembly members to endorse the nominees for development to kickstart in their various areas.

President Nana Akufo-Addo directed the Savannah Regional minister Mr Saeed Muhazu Jibril to re-nominate Madam Veronica Alele Heming of Bole District and Mr Mohammed Tamimu of the East Gonja Municipality for another round of voting with the new dates for their confirmation expected to be announced as the 21 days period after the President’s nomination of the nominee is expired per the standing orders.

The election in the East Gonja Municipality was cancelled in the Salaga Municipality following some misunderstanding that ensued between the assembly members.

Madam Veronica Alele Heming failed to secure the two-thirds majority of the Assembly members in the Bole district to be confirmed as the DCE for the area.