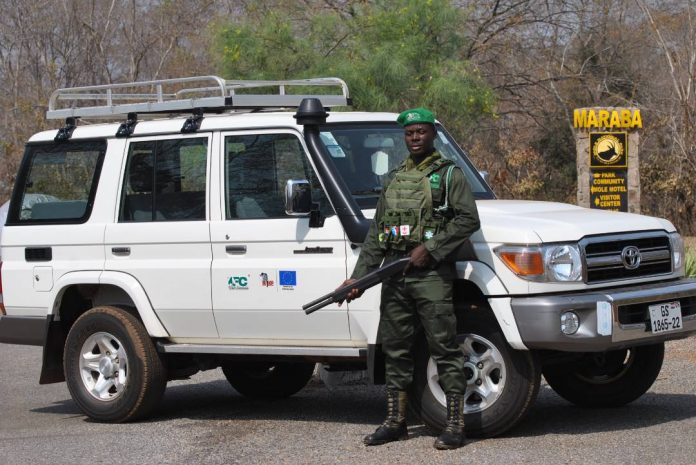 The Monitoring the Illegal Killing of Elephants (MIKE) and the Convention on International Trade in Endangered Species of Wild Fauna and Flora (CITES) dubbed CITES-MIKE programme is funding a biodiversity conservation project titled “Protecting priority population of Eléphant and other target species in the Mole National Park-Ghana”.

The project is a major boost for the continued conservation of Ghana’s premier conservation area, the Mole National Park which was established in 1958 and falls largely within the Savannah region.

The project agreement signed in July 2021 included the provision of a robust Toyota Land Cruiser all terrain vehicle to augment the park’s fleet and to boost its operational capacity.

The vehicle, which was recently procured has been delivered to the park and is already supporting operations greatly.

Aside this, the CITES-MIKE programme is also supporting the rehabilitation of the Parks range camps. Currently the Bawena range camp is being given a facelift while rehabilitation at the Jang range camp has been completed. Currently, a six room outpost camp with ancillary borehole facilities is nearing completion close to the Grupe community in the savanna region.

The provision of field logistics has also greatly boosted staff morale and efficiency. The management and staff of the Mole Park are ever grateful for this kind gesture and will endeavor to maximise the benefits to ensure adequate protection of the vast 4,577 square kilometers that is Mole.