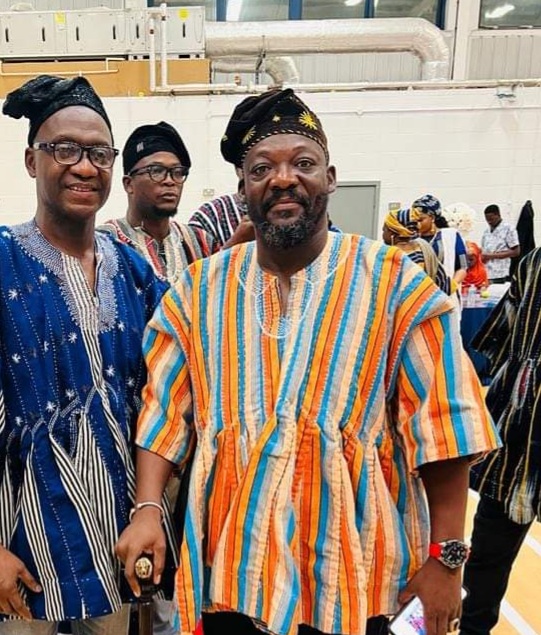 A sub- Chief from the Bole Traditional Area of Gonja, Chief Solomon Salifu Tampuri Esq. (yet to enskin) has proposed that Gonjaland should set aside a day to commemorate Sumaila Ndewura Jakpa- The Founder of the Kingdom of Gonjaland.

In his proposal to all people of Gonjaland, Home and Abroad and copied to Bole based Nkilgi Fm, Chief Solomon Salifu Tampuri stated; “All over the world, and from the beginning of time, people celebrate occasions and events for all kinds of reasons. Celebrating occasions is an individual or a society’s way of showing appreciation for a life-changing event or for the sacrifices of others”.

Chief Tampuri, who is Pilot, an Honourable society of the Middle Temple of Britain and who is the author of the Book ‘Gonja’ (2016) added; “Many countries around the world have set aside a day to celebrate their independence. -An annual event commemorating the anniversary of the nation’s independence or statehood”.

He continued; “It is also usually a day to honour the heroes of their land.

Chief Solomon Salifu Tampuri explained that such Memorial or Remembrance Day are celebrated in memory of the struggles and sacrifices of their people and such occasions give people the chance to remember those who fought and lost their lives for them.

He said: “It is an opportunity for a generation to honour their memory and to ensure that the sacrifices of their predecessors are never forgotten and that those who died fighting for them did not die in vain. In summary, a remembrance day is all about memory”.

The Sub- Chief from the Bole Traditional Area further said;
“Sumaila Ndewura Jakpa is the legend and founder of the Kingdom of Gonjaland. Through his astute leadership, bravery and wisdom, he led his people to conquer vast areas of land and establish a dynasty that stood the tests of time. While his kingdom has now been absorbed into the wider society of the Republic of Ghana, the people have nonetheless maintained their traditional, cultural and social values”.

He added; “As a people, we celebrate many events in Gonjaland. We celebrate all our national events including our Independence Day, Republic Day, Founders Day and National Farmers Day. We also celebrate our annual Damba festival, the Fire festival and many religious festivals. However, no day has been set aside to remember and honour the most important person of the land. The one man whose bravery, sacrifices, resilience, vision and foresight gave us our most invaluable asset Our land”.

Chief Tampuri stated; “The man whose name used to bring fear and shivers in the camps of his enemies, today lie silently in Buipe, forgotten by his people”.

Chief Solomon Salifu Tampuri stated; “Land is the most valuable commodity on earth and anyone familiar with the struggles of the people of Palestine, the Jews in Israel and the Kurdish people of today will no doubt appreciate what Ndewura Jakpa bequeathed to us.
It is for this reason, I humbly propose that as a people, we set aside a day to celebrate and honour our beloved father: The great Sumaila Ndewura Jakpa”.

He suggested; “I believe that such a day will bring together all members of the Gonja family inclusive of every tribe living in Gonjaland. It will be a day to remember all our martyrs who died for our beloved land. I strongly believe it will foster peace, love and unity amongst our people.
It will build connections, understanding and trust between the people of Gonjaland and other tribes through our unique arts and culture. It will help the younger generation to develop an understanding and appreciation of their history and inspire in them the qualities of sacrifice and hard work”.

He added; “Such an annual celebration will bring about a sense of belonginess, participation and the development of a strong and inclusive communities in Gonjaland”.

Chief Solomon Salifu Tampuri appealed to all citizens of Gonjaland, various Gonjaland associations, District Assemblies, and the Savannah Regional House of Chiefs to make his proposal a topic for discussion and implementation.