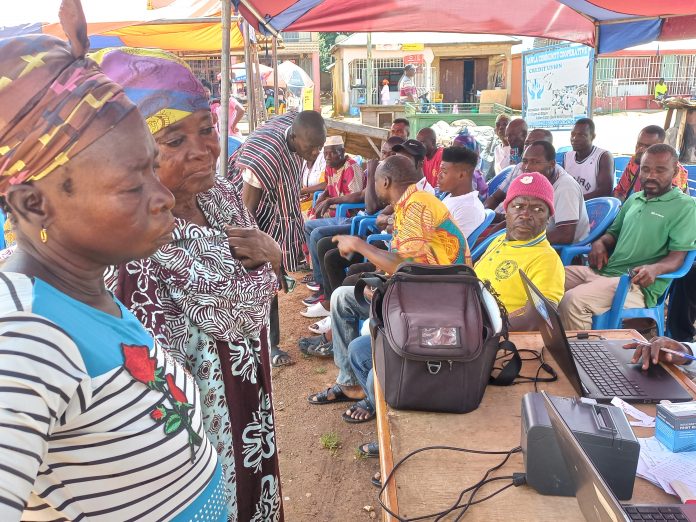 The Wuripe & Sons Royal Lodge popularly known as “Bole Dubai” has embarked on a free registration of people without National Health Insurance cards in the Sawla-Tuna-KalbaDistrict of the Savannah Region on 22nd September, 2022 at the Sawla Community Center as part of the 2nd Anniversary of the plush Hotel located to Bole.

The Health Insurance Manager for the Sawla-Tuna-Kalba District speaking before the registration no such mass registration by an organisation has ever happened.

He commended the Chief Executive Officer of Wuripe & Sons Royal Lodge Mr Adams doing such a great favour to the people of the Sawla-Tuna-Kalba District.

A participant at the Sawla registration Mr Nuri Gindabuo could not also hold his joy.

He said Wuripe & Sons Royal Lodge has come to save lives as he has taken this initiative and for this reason, the name of Mr Adams Wuripe will forever remain in their minds and heart and they will keep thanking him and pray that God reward him in many ways and continue to guide and protect him.

Mr Nuri ended by saying that a man who has a mind of giving back to his people is really a kind hearted person and for that matter everyone should keep praying and supporting Mr Adams Wuripe in all his activities so that the sky shall be his limit.