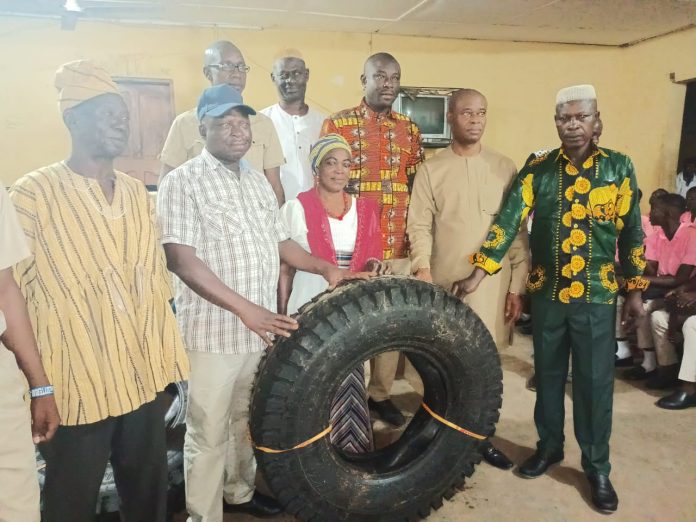 At a brief handing over ceremony at school’s Assembly Hall on Monday 26th September 2022, the MP said the donation forms part his commitment in ensuring road safety free in his constituency. He said the grounded new Bus of school need to be fixed to facilitate easy movement of students and staff for academic work, sports, entertainment and social purposes.

Alhaji Yussif Sulemana MP used the opportunity to encourage tutors and students of the school to take Teaching and learning serious and maintain the standards set by their predecessors.

The MP acknowledged all stakeholders who are contributing towards the development of the Bole district and Savannah Region at large.

The Assistant Headmaster of administration of Bole SHS Mr Issahaku Jeduah who received the items on behalf of the District Director of Education and Acting Headmaster of Bole SHS thanked the MP and his able National Democratic Congress (NDC) constituency executives for the timely intervention. He pledged that the school administration will put the items into prudent use.

Mr Jeduah used the opportunity to appeal to the Bole MP to fellow up on the uncompleted projects of the school, most especially the ultra-modern Assembly Hall.