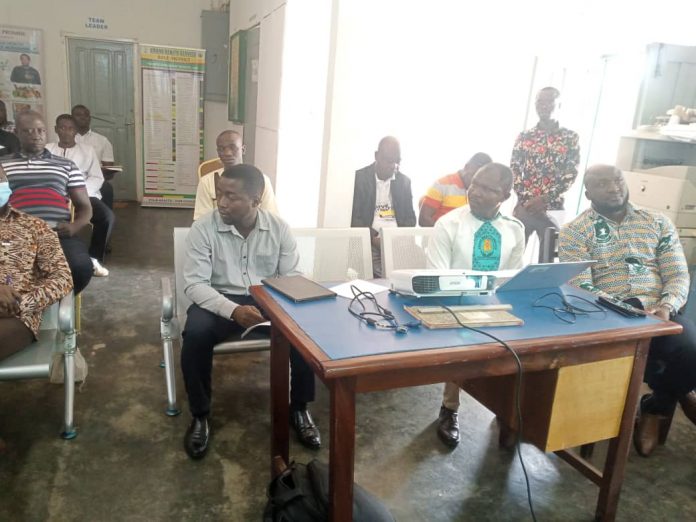 The Bole District Director of Ghana Health Service, Ndapewurche Hajia Fuseina Sulemana has given the assurance that; “the polio vaccine is effective, safe and free and ithas no side effects and taking multiple doses actually increases immunity of children against the virus, therefore, parents must must allow the nurses to vaccinate their children when they come to their homes because it poses  no harm to the child”.

She pleaded with parents to make their children available for this vaccination to prevent the children from being affected by this virus.

Ndapewurche Hajia Fuseina said the vaccination is for children under five (5) years and urged parents to open their doors for the volunteers that will be going round to conduct the vaccination and also assured the general public that it has no long term effect on the children.

She made these comments when the Bole District Health Directorate and its its partners on 29th August, 2022, held a stakeholders meeting to discuss a campaign on Polio Vaccination.

The Ghana Health Service and its partners will be conducting a two rounds of Polio Vaccination which the round one (1) will be from 1st September to 4th September, 2022 and the round two (2) will be from 6th October to 9th October, 2022.

At the meeting, stakeholders were educated on how the Ghana Health Service intend to educate and create the awareness of this program within the communities.

The Bole District Health Project Officer, Mr Anderson Nketiah in a presentation said they intend to use three communication strategies to outreach their target audience which are Advocacy, social/community mobilization and Behavior Change Communication.

Some of the key messages they have for the target audience are that; polio vaccine is effective, safe and free, polio causes paralysis, and sometimes death, protect your children, get them vaccinated.

Poliomyelitis (polio) is a highly-infectious viral disease that largely affects children under five years of age.

The virus is transmitted from person-to-person through the faecal-oral route. A person can also contract the disease when he takes in contaminated water or food, which multiplies in the intestines from where it subsequently invades the nervous system, causing paralysis most often in the limbs.

Symptoms of polio may include fever, fatigue, headache, vomiting, stiffness of neck and pains in the limbs.

Treatment is mainly supportive and can be prevented through vaccination, improved sanitation and personal hygiene.