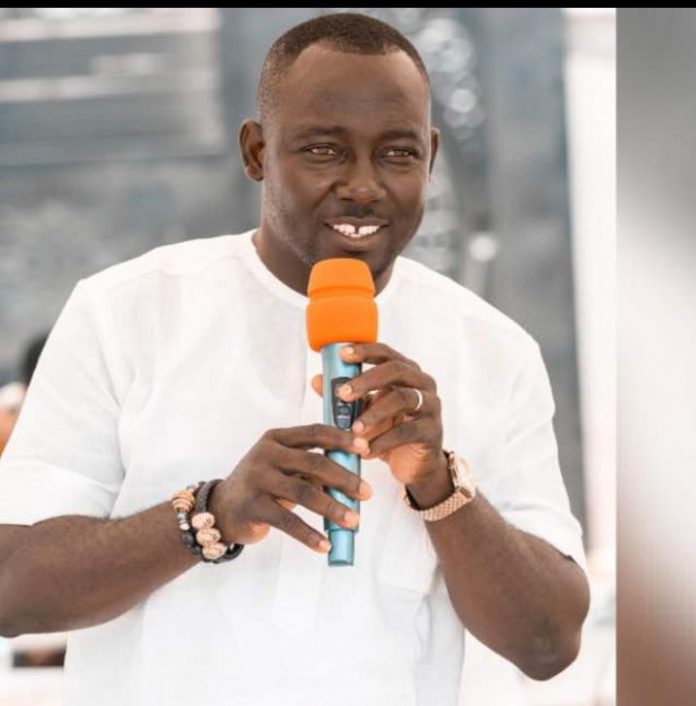 The Savannah Regional Organiser of the New Patriotic Party (NPP) Nana Kwame Aboagye Aseda has demanded an immediate apology of the National Democratic Congress (NDC) in the Savannah Region and the MP for the Yapei-Kusawgu Constituency Hon. John Jinapor over what he described as unwarranted verbal attacks on President Nana Akufo Addo over his recent visit to the Yapei -Kusawgu constituency.

Speaking at Yapei, President Akufo Addo said in his life time, the Yapei-Kusawgu constituency produced two MP’s in the persons of Alhaji Amadu Seidu, who he described as his former colleague in Parliament and Hon John Jinapor who was the Deputy Minister of Energy and that it is surprising that about 17 communities in the constituency are still not connected to the national grid.

The MP for the Yapei-Kusawgu Constituency and former
Deputy Minister of Energy in the erstwhile Mahama administration, Hon. John Abdulai Jinapor in a response said when he was appointed the Deputy Minister of Energy and Petroleum, the Yapei-Kusawgu Constituency had only 4 towns connected to the national grid (i.e. Buipe, Yapei, Sankpala and Kusawgu) and “by dint of hardwork, the constituency currently has about 100 communities connected to the national grid as part of an aggressive national electrification programme under the NDC Government”.

Commenting on this Savannah Region NPP Organiser said the NDC in their attacks never denied that the 17 communities are without electricity but took to the lane of propaganda and insults which he sees to be an insult unto the Yapeiwura for pushing for development for his people.

Nana Kwame further said President Akufo-Addo said the NDC said President Nana Addo did not conjure the names of the communities without electricity, but was responding to a plea from the Chief of Yapei who sat in for the Kusawguwura.

He stated that the NPP will make sure what is due the people of the Savannah Region will surely be delivered to them as the NDC is scared anytime President Nana Addo is in the region.

The Savannah Region NPP Organiser added that he is very optimistic that the NPP will connect not only the 17 communities in the Yapei-Kusawgu constituency to the national grid but will go ahead and heed to the call of the chiefs and people of the Constituency to create the district out of the present Yapei- Kusawgu Constituency that they are yearning for and further add more roads to the existing ones provided by the NPP in the Constituency.

He used the opportunity to assure his party faithfuls that the development the NPP has brought to the Savannah Region under the able leadership of the Damongo MP and Minister of Lands and Natural Resources Hon Samuel Abu Jinapor and other leading members of the party in the region, he is very sure there will region will reward the NPP with additional two seats in the 2024 general elections since the party has vibrant and hardworking branch, Constituency and regional executives who will leave no stone unturned in their quest to breaking the 8.