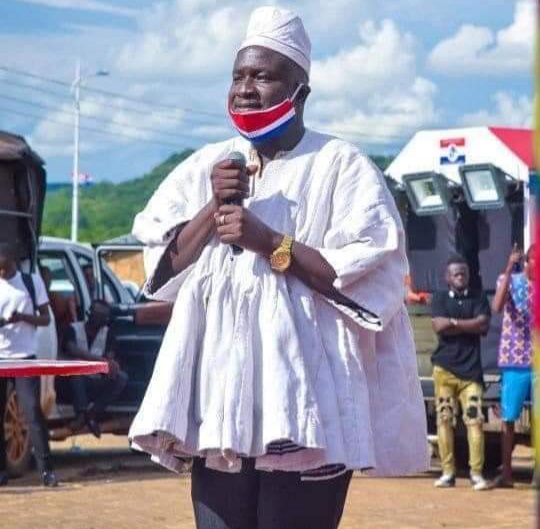 Mr Kanyiti Saburu Kantama an aide to the Savannah Regional Chairman of the NPP in a statement stated that with the creation of the Savannah Region by President Nana Akufo Addo and his Vice President Dr. Mahamadu Bawumia, the region has seen ample infrastructure and human resources development.

According to the aide, Chairman Alhaji Iddrisu Sulemana has led the NPP Savannah Regional executives to chalked so many laurels which has made all well-meaning people to admire the party’s leadership from afar and near for the sterling performance in the 2020 general election.

Kanyiti Saburu Kantama added, the extraordinarily work and prayers of Chairman Alhaji Iddrisu Sulemana and that of the entire region came to fruition when Hajia Safia Mohammed hitherto the Savannah Regional Women Organizer’s name came up at the National Executive Committee meeting with
Chairman Alhaji Iddrisu Sulemana making a very strong case for the appointment of his Regional Women Organizer and finally the wish of the people of Savannah has come to fruition with an appointment of a Deputy National Women’s Organizer.

Mr Kantamah said, he is confident to say that with fervent prayers the goal of breaking the 8 and making Savannah an NPP dominating Region will come into fruition in 2024 and beyond.

He conveyed the NPP’s
congratulations message to Hajia Safia Mohammed and all other appointees on behalf of Alhaji Iddrisu Sulemana aka Professor Kalamonia and assure them of the support of Chairman Kalamonia
and his executives to enable Hajia Safia and her colleagues succeed as national executives.