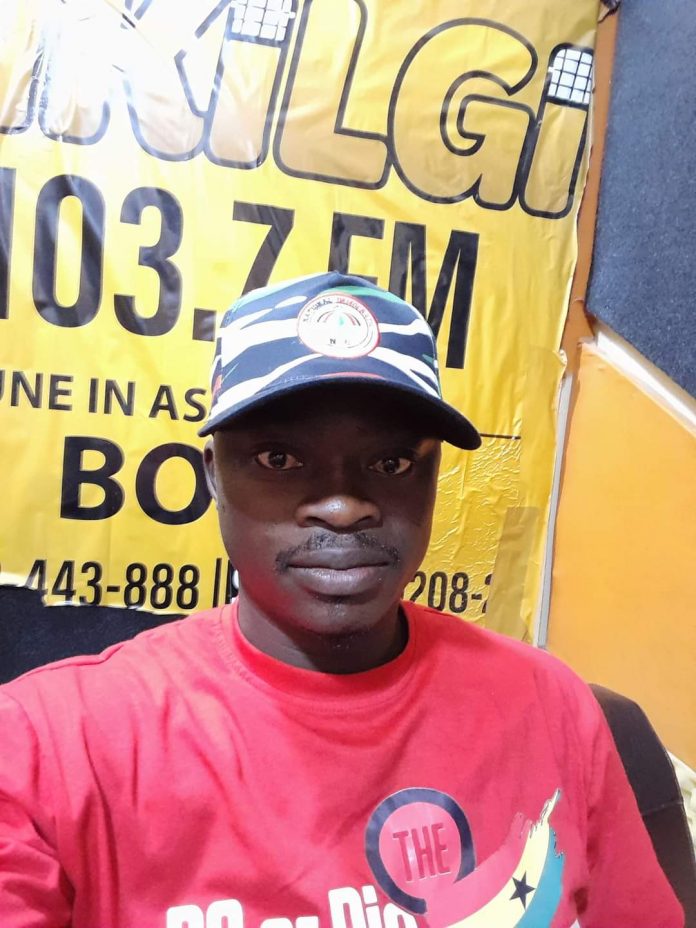 The Deputy Communication Officer for the National
Democratic Congress (NDC) in the Bole-Bamboi Constituency of the Savannah Region, Mr Iddisah Tahiru popularly called Omega has expressed his disbelief in the claims by the Savannah Regional Minister Mr Saeed Muhazu Jibril that Bole town roads have been re-awarded on contact.

In a write-up kn 25th August, 2022, copied to Bole based Nkilgi Fm, Mr Iddisah Tahiru refuted claims by the Savannah regional Minister Mr Saeed Muhazu who addressing a gathering in Damongo the regional Capital on 24th August, 2022. when President Nana Akufo-Addo visited on a two day working tour of the region, said that the original contract that was awarded in 2016 by the erstwhile John Mahama government to AO KRANOC has been terminated and a new contract awarded to a different contractor.

Iddisah Tahiru said; “I don’t want to believe the Minister made these comments without a briefing from his DCE responsible for the Bole District Madam Veronica Alele Heming since some basic questions about the said road project remained unanswered aside from the usual politics the NPP is noted for. Unless there was a mutual understanding to swindle the people of Bole in a desperate attempt to save the President of shame for his consistent neglect and hate for Bole the homeland of HE John Dramani Mahama”

Iddisah Tahiru Omega asked why the Minister failed to state the reasons AO KRANOC since the assumption to office of the NPP has not been able to make any progress as far as the Bole town roads are concerned, “Is it not because his party has refused to pay him for certificates raised since 2017”.

According to the Deputy Communication of the NDC for the Savannah Region; “the Hon. Yusif Sulemana, MP for Bole-Bamboi has on several occasions questioned the Minister for roads and highways on the floor of parliament on when the contractor will be paid so he can return to site and all he says is that he will be paid. Has that been done?”.

Iddisah Tahiru urged the Savannah regional Minister Mr. Saeed Muhazu to tell the people of Bole who the new contractor is and when he is reporting to site to complete the project and also the scope of work for this new contract.

He added, “will the new contractor be taking care of the Bole-Chache road as AO KRANOC was or that one has been thrown out and How long is the said contract expected to last since every contract comes with timelines”.

Iddisah Tahiru said, until these basic questions are answered and some action taken; the people of Bole will take this to be one of the numerous failed promises made by the NPP to them”.