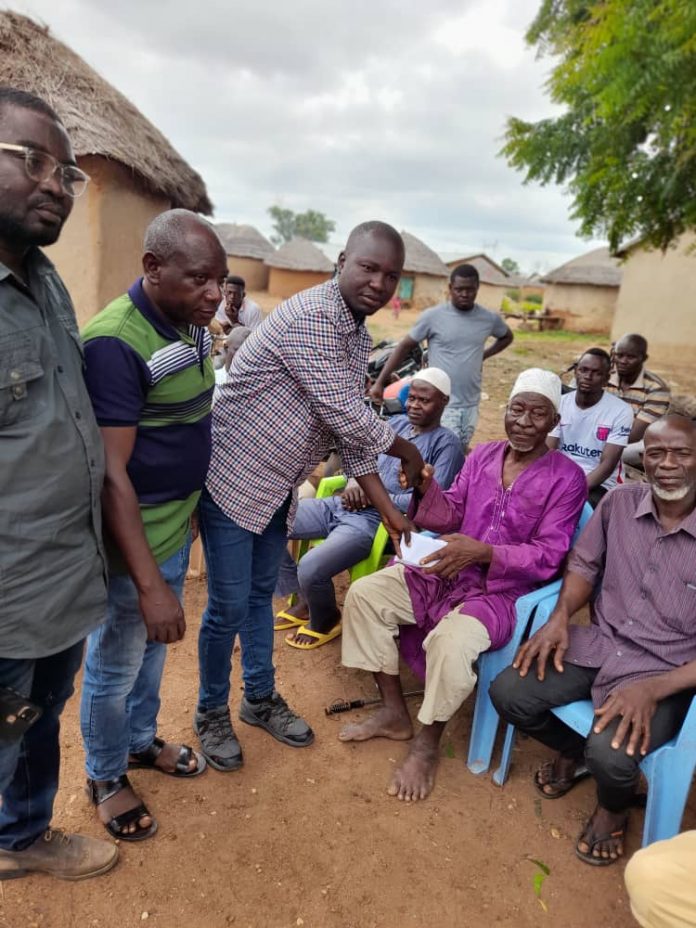 The Member of Parliament (MP) for the Yapei-Kusawgu Constituency in Savannah Region, Hon. John Abdulai Jinapor has donated a cash amount of 10,000 Ghana cedis to help complete the construction of a mini bridge on the Yapei Yipala- Kulbonduli stream.

Speaking to Bole based Nkilgi fm, the National Democratic Congress (NDC) constituency Secretary for the Yapei-Kusawgu constituency Mr Iddi Latif Atingpo who presented the money on behalf of the MP said the construction of a concrete bridge has become necessary following a fire incident which razed down the existing wooden bridge affecting commuters along the stream.

He said Hon. John Jinapor had earlier donated 40 bags of cement during the initial stages of the construction.

Mr Latif lddi Atingpo added that, he as Secretary of the NDC in the constituency presented the amount on behalf of the MP to reiterated the commitment of Hon. Jinapor to continue with such laudable interventions.

Mr. Atingpo further said the elders of the affected communities who received the donation expressed appreciation to the MP and promised to reciprocate in due course.