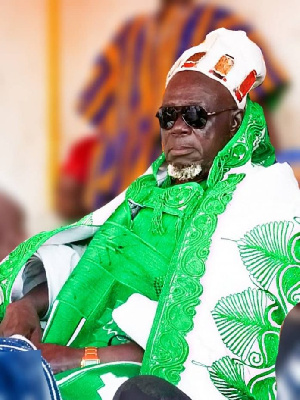 The Paramount Chief of the Bole Traditional Area Bolewura Sarfo Kutuge Feso (I) has summoned Executives of the Brifor Youth Association to his Palace on Saturday 23rd July, 2022 after the Association issued a statement to counter the Bolewura’s decision to rename all ‘settler’ Communities in his Traditional Area.

Another sentence is;
“…What is most intriguing about the obsolete and archaic directive kerfuffle is the fact that the Brifor Community settlements have been in existence in the Bole Traditional Area from time immemorial..”.

The letter also has a sentence like;
“…we will not give in to the adverse and malicious motives of the Bole-wura which are detrimental to the development and aspirations of the Birifor…” and “..If his (Bolewura’s) decision is not rescinded we will resist it with all our might”.

The above statements among others in the letter of the Birifor Youth Association resulted in the summon of their Executives to the Bolewura’s Palace.

A letter from the Bolewura’s Palace to the President of the Brifor Youth Association dated 12th July, 2022 and signed by the Secretary Mr Haruna Abdulai Obey said;
“I am under instruction from His Royal Highness Yiram Bolewura Sarfo Kutuge Feso (I), Paramount Chief of the Bole Traditional Area to as a matter of importance officially invite you to a meeting at the Bolewura’s Palace”.

The letter added;
“The Paramount Chief of the Bole Traditional Area Yiram Bolewura Sarfo Kutuge Feso (I), in collaboration with the Council of Elders in the interest of peace advise the National Executive body of Birifor Youth Association to appear before the Bolewura’s Palace on Saturday 23rd July, 2022 at 9:00am prompt”.