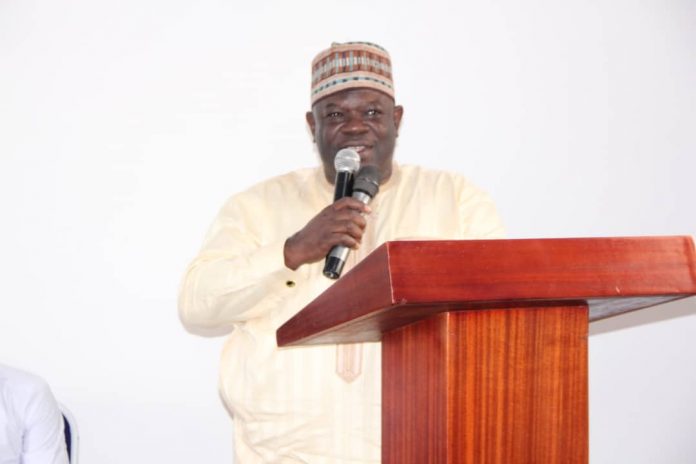 Former Minister of Food and Agriculture Alhaji Mohammed Muniru Limuna has launched the ‘Hope Again Foundation’ a non-profit organization which focuses on the transformation of the vulnerable in the society in Busunu in the West Gonja Municipality of the Savannah Region.

He indicated his willingness to solicit for support in the growth of the foundation to be able to help more of the less privilege in the Busunu traditional area.

He said the Busunu area has over the years shown him love and that he was also ready to reach out to them anytime the need arises.

The former Minister of Food and Agriculture added that many people in the constituency may think he is doing all this because he has interest in contesting as the next parliamentary candidate of the National Democratic Congress (NDC) in the constituency but that is never part of his plans.

He said further that the focus of the foundation would be to provide the needed assistance to poor and vulnerable children, girl-child and women in the area and the country as a whole.

Alhaji Mohammed Muniru Limuna said women in vulnerable situations such as widows, needy, the aged and disabled persons needed to be loved and cared for in the society.

The foundation which is the brain child of the Friends of Alhaji Limuna (FOAM) had a seed capital of Ghc3,000 contributed by members of the group.

Alhaji Mohammed Muniru Limuna on his part contributed GHc5,000 to the foundation including 100 bags of cement and 1000 pieces of blocks for the construction of the office and pleaded with other NGOs to support the poor and the needy to help improve their standard of living in the area.

The President of Friends of Alhaji Muniru Limuna (FOAM) Mr Wahab Blaze thanked the former minister for supporting them both in cash and office construction items for the launch of the NGO in the Busunu traditional area.

Paramount Chief of Busunu, Busunuwura Jonokpowu thanked Alhaji Limuna Muniru for pushing development to his traditional area and promised his full support for the sustainance of the foundation.

The Chiefs and Elders of Busunu have provided a parcel of land where the office of the foundation is expected to be constructed.

The NDC Communication Officer for the Damongo Constituency Mr Mumuni Yahaya Kiyoyo, on behalf of the NDC thanked Alhaji Muniru Limuna thanked the FOAM for the good initiative. He thanked the Friends of Alhaji Muniru for inviting the NDC to the launch of the foundation.

He said through the efforts of Alhaji Muniru there will be networking to bring development to Busunu.

Mumuni Kiyoyo added that former President John Dramani Mahama did a lot in terms of education, electricity and infrastructure and that his words that “posterity will judge him” has come ro pass.