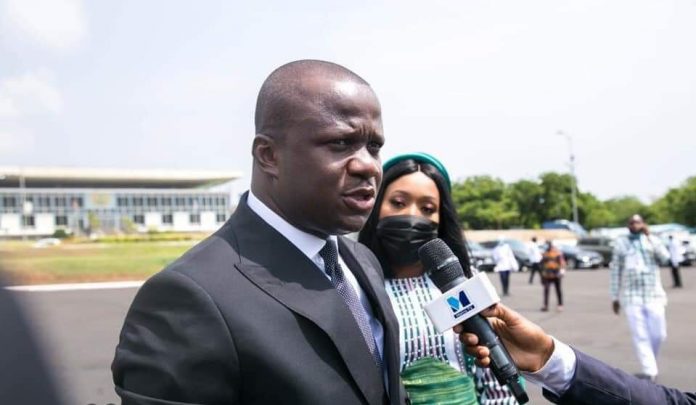 The Lands Minister described a question from the MP for Bongo as incomprehensible and has nothing to do with his ministry, but out of the abundance of transparency and giving his enormous respect for parliamentary affairs he was willing to answer the question based on the reframing of the question which seeks answers to the redevelopment of governments estate even though the question does not fall under his ministry’s supervision and management.

The speaker of Parliament however drew the attention of the Minister of Lands that Hon. Edward Bawa had indicated that the question in general was not framed well but Hon Samuel Abu Jinapor maintained his willingness to clarify the issues in reference to his ministry and the right channels to seek answers.

Hon Abu Jinapor said the Ministry of Lands and Natural Resources was established under Section 11 of the Civil Service Law, 1993 (PNDCL 327), and is mandated to ensure the sustainable management and utilization of the nation’s lands, forests and wildlife resources as well as the efficient management of the mineral resources for socio-economic growth and development and therefore the question “redevelopment of government estates” should be channeled to the proper ministry, which is the ministry of Works and Housing which is mandated by law with the responsibility of providing Technical Services such has Design, Construction and Maintenance of State Roads and Estates where redevelopment of government estates fall under.

Hon Edward Bawa rebutted by indicating that though the question falls under the Ministry of Works and Housing it will be of interest to Parliament to know of updates the deputy Minister of Lands and Natural Resources Hon. Benito Owusu Bio on 20th January, 2022 put across that the Public Relations unit of the ministry of Lands and Natural Resources which states that government approves redevelopment of government estates in various regions namely Cape Coast, Sekondi-Takoradi and Tamale of which the sector minister Hon. Samuel Abu Jinapor has his focus on issues of the lands.

In a response again, Hon. Samuel Abu Jinapor redirected the question to be answered by the Ministry of Works and Housing because they have the mandate and oversight responsibilities by law to see to the redevelopment of government estates. The Lands Minister said the only time his ministry comes in is when there is a problem with the litigation of lands with an example that if the Ministry of lands allocates portions of land to a ministry such as as ministry of Agricultural at the outskirts of a community and with the onset of modernization and increase of population the said land is in contention, that is were the ministry of Lands sets in but the management of the land for Agricultural purposes with any intended development on Agricultural will solely fall on the Ministry of Agriculture.

Hon Abu said the Ministry of Lands and Natural Resources only comes in when there is a contention in the mitigation of lands.