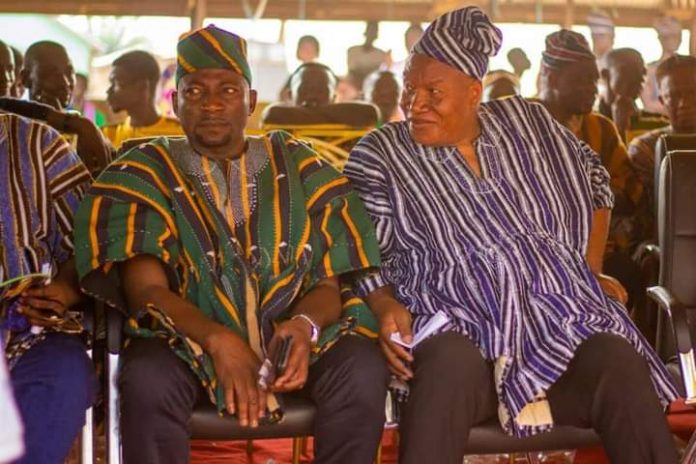 Former President John Dramani Mahama has appealed to the youth of the Savannah Region to take education as a serious tool in the development of the new region.

Pofessor Joshua Alabi made the call on behalf of former President Mahama in Daboya over the weekend during the 46th annual Gonjaland Youth Association Congress in Daboya in the North Gonja district of the Savannah Region under the theme ”Improving Standards of Education in Gonjaland for Sustainable Development.

Professor Alabi in an address said the event of the Gonjaland Youth Association Congress is very dear to the heart of the the former president and he would have wished to be part of the August occasion but unfortunately other international engagements swapped his attendance.

“As you are aware, your son H.E. John Dramani Mahama is a global person. He is no more a local champion. He is an international champion and so he is not in the country to have attended the congress”. He said.

Professor Alabi on behalf of John Mahama thanked the event organizers for making him the special guest of honor and assured the organisers of his presence in the 2023 edition of the program.

John Mahama according to Professor Alabi has demonstrated the footsteps of Ndewura Jakpa, founder of the Gonja kingdom and has taken an exemplary lead to the inspiration of the youth adding that Gonjas are warriors and that is exactly what John Mahama is doing because when he had the opportunity to rule Ghana he did it perfectly.

He therefore used the opportunity to plead with the youth of Gonjaland to be serious with their education and also live in peace as one people as they will be leaders of their respective communities and the nation Ghana in the very near future.

He advised them not to engage in political crimes as it retards development in every country.

He also reminded them that one party cannot be in power forever hence the youth must be cautious of their partisan activities and pleaded
with the people of gonjaland to still protect themselves against Covid 19.

He further used the opportunity to thank the people of the Savannah Region for giving the NDC more than 65% vote of the 2020 general election and wish to obtain more than 86% in 2024 elections.

Meanwhile President Mahama has donated GHc10,000 to support the development of the association.

He emphasized that under no circumstance should the Gonja youth association allow politics to rear into the affairs of the Congress.

According to him the infiltration of politics in the affairs of the Gonja Land Congress will distort its objectives.

The Minister indicated that it is high time the Gonjas see themselves as one block to foster development and the general promotion of its members.

He assured the people of the region that a Regional hospital by the NPP government would be built for the people and also, the government is committed to resolving the water crises at Damongo.

The Savannah Regional Minister Mr Saeed Muhazu Jibril introduced all government officials and also called on all members in the region to work closely with the Regional Coordinating Council to bring development to the people. He also touched on the recent chieftaincy disturbances at Jantong where two persons have been shot dead.

He promised that the perpetrators will be brought to book, adding that two persons have been arrested so far.

“I am the Chairman of the Regional Security Council and I promise that, whoever by whichever means or reason disturbs the peace of any part of Savannah will face the full rigours of the law”; he said.

The the President of the Gonjaland Youth Association Alhaji Amin Mogaed in his speech expressed his excitement over the show of comradeship by sons and daughters of the land for the confidence reposed in him and his executives for the next three years.

He made mention of developments, successful projects, and policies from the Gonjaland Youth Association such s provision of six mechanized boreholes, wining of court cases for Gonjaland. He added that the Association has suggested a review of the 1930 Gonja constitution.

Alhaji Amin, reminded the government delegation led by Hon. Samuel Abu Jinapor, Minister for Lands and Natural Resources about the proposal by Gonjaland Youth Association for some additional Districts to be carved out of the existing ones. He listed the Central Gonja, East Gonja Municipal, Bole District and another out of Kintampo North with a proposed name “Ndempo District or South Gonja District “.