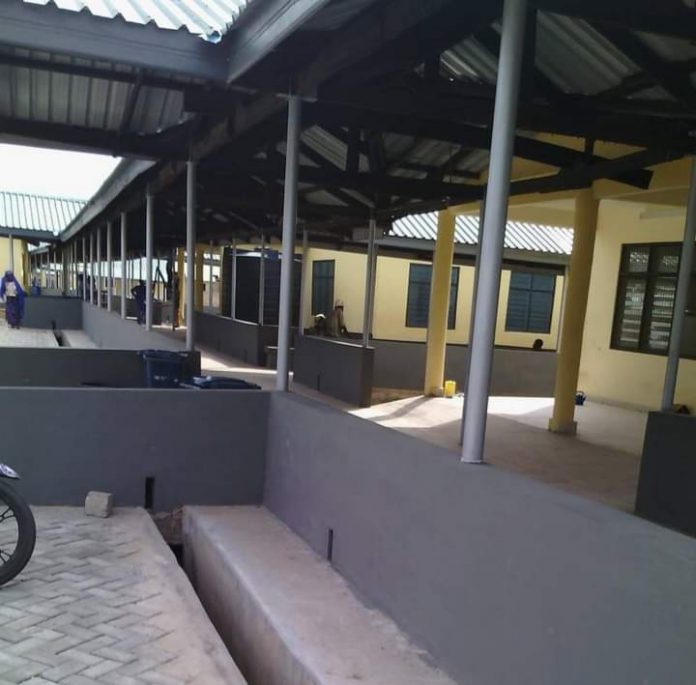 There is tension at the Damongo Catholic Hospital in the West Gonja Municipality of the Savannah Region following the resignation of the Medical Director of the facility, Dr. Wadeyir Jonathan Abesig, over what Nkilgi Fm’s sources describe as administrative lapses. This has resulted in uneasiness among medical officers in charge of patients in the hospital.

Dr Jonathan as he is affectionately called, a renowned surgeon in the facility resigned on Monday, January 10, 2022 leading to the resignation of another top surgeon at the Hospital, Dr. Anthony Akuribire, a Surgeon and Clinical Care Coordinator, with reports of several others threatening to either exit or strike.

Some of the Doctors said the hospital authorities supported Dr. Abesig, but rescinded their decision and appointed a new Director, Frank Ameyaw.

Doctor Kubio who once held the same portfolio at the Hospital, indicated that “the primary objective of everything at the Hospital is smooth and uninterrupted health delivery and that’s what we as a health directorate expects to continue in Damongo and beyond. But the way things are happening, I’m worried and we need the attention of all,” he indicated.

Meanwhile, the Bishop of Damongo Diocese, Peter Paul Aagkyerie, who doubles as the Chief Executive Officer of the Damongo Catholic Hospital has received notices from the two top specialists regarding their protests and subsequent exits.

A Gynaecologist and Obstetrician, Dr. Abesig, was the lead surgeon among two others who has successfully delivered triplets at the facility a few weeks ago.

Two Medical Officers who spoke under condition of anonymity, said Dr. Wadeyir Abesig stands tall and merits the position of Director of the Hospital.

According to them, Dr. Abesig was the Director of the Hospital for three years thus, from 2014 and 2017 and later went and specialised in Gynaecology and Obstetrics and returned last year to hold that position.

“So we don’t really see the rationale and understanding of what informed that decision. Authorities also use the medical Director’s rank as qualification to register in the the National Health Insurance Authority and HeFRa regulations, but want to give the directorship to a different officer. No, that wouldn’t work or we go away,” they bemoaned.

The Doctors also claimed that, “the current Administrator, Mr. Frank Ameyaw is a new comer in the office with Bsc HSA, 1st timer with no job experience and straight, he should head. Headship is based on experience and qualifications.”

According to information gathered, the remaining Medical Officers at the Hospital on Wednesday, January 12 have sent a 72 hour ultimatum to the Chief Executive Officer (CEO) of the Hospital to either reverse the decision or they will advise themselves.