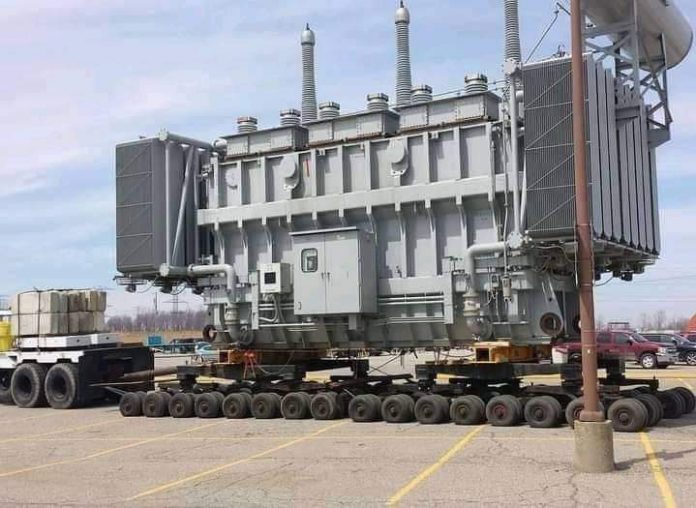 I still recall that early Morning of 28 Jul 2017, just as I was preparing to leave the house for Parliamentary duties, I was  met at the gate by 3 gun wielding police personnel with AK47.

Whilst the leader of the team was calm and sober, the other two were very harsh and abrasive. Their message was straight “You are under investigation!”.

I enquired from them whether they had a court order but was told in the presence of my children that they had orders from above to search my house and retrieve documents in connection with the AMERI deal.

My wife advised I allow them to proceed with their mission, of course my 5-year-old daughter was terrified and kept asking, “Daddy what have you done?” I tried to calm her down but that was difficult.

After a thorough search of my house, the police requested for my phones, laptop and other documents they thought could be “useful” to their investigation which I obliged.

They initially asked me to join their vehicle to the police headquarters but later rescinded that decision and instructed me to report to the Police CID the next morning.

Later in the day, I got to know that the homes of my other colleagues were also searched by the Police. The so called “decision from above” was clear; investigate former appointees in the Mahama administration over the AMERI Deal.

The day after the infamous raid, I visited the Police Criminal Investigations Department (CID) and sat and waited for several hours before my statement was taken.

It is worthy of note that days or a week after my electronic gadgets had been confiscated for forensic analysis, the police called me requesting for the password to my iPhone.

I initially requested that I wanted to come to the police CID to open it with my fingerprint but was told that the phones were far away in the United Kingdom for a third party analysis. Without hesitation and believing in our collective innocence, I provided the password to my phone.

The NPP communicators and their media cabal came after us. We were vilified and branded as criminals. I had to inform the police anytime I was travelling out of the country.

A committee was subsequently set up under the then Minister of Energy Mr. Boakye Agyarko to investigate the transaction and possibly renegotiate the agreement.

The committee traveled on numerous occasions to Dubai (with funding from AMERI) but could not find anything wrong with the AMERI deal.

The outcome of the so-called negotiations by this NPP government turned out to be a big scandal with bloated and padded figures which resulted in public outrage and subsequent dismissal of Mr. Boakye Agyarko.

Six years after the President John Dramani Mahama administration procured the AMERI Plant and the related events thereof, ownership of the plant has finally been transferred to the government of Ghana as Mahama envisaged.

The 10-unit barge, with capacity to generate 25MW each, totaling 250MW, which is a dual fuel plant and can run on both Light Crude and Natural Gas, is expected to be moved to Anwomaso in Kumasi in the Ashanti Region to bolster system reliability, reduce transmission losses and improve power supply.

The Daily Graphic has reported that officials of the  Ministry of Energy have confirmed the plant would generate $31 million annually from power export and $4 million as savings on transmission losses for the next 20 to 30 years of its operation (https://www.graphic.com.gh/news/general-news/ghana-news-ghana-takes-over-ameri-plant.html).

It was in the heat of the energy crisis that President Mahama, through his vision and foresight tasked his Ministers to see to it that Ghana got this plant. The vision of President Mahama was to deal with the perennial energy challenges in a comprehensive manner by addressing the problem of generation, fuel and finance.

This culminated in the deployment of the AMERI, Karpower and Aksa plants amongst others.

The NPP vilified President Mahama and his appointees.
Alhaji Bawumiah in particular went after Mahama insisting that he deserved no credit for fixing Dumsor (https://www.ghanawish.com/mahama-solved-dumsor-but-deserves-no-credit-for-that-bawumia-video/).

But, today President Mahama stands vindicated.  Not only has the current NPP Government maintained what they described as needless power plants, but also they have gone a step further to extend the contract duration of the Aksa and Karpower plants by doubling the tenure.

As if that is not enough, they have, since assuming office increased the so-called “obnoxious” Energy Sector Levies and even gone a step further to introduce a completely new Energy sector recovery levy in the 2021 budget.

To you vindicated President Mahama, let me state that I am very proud to have served in your government; you are a true man of vision!

And posterity will be kind to you for Jesus himself testified that a prophet has no honour in his own country (John 4:44).

I am equally proud of my sector ministers, Dr. Kwabena Donkor and Emmanuel Armah Kofi Buah, who worked tirelessly to ensure  Ghana achieved this great feat.