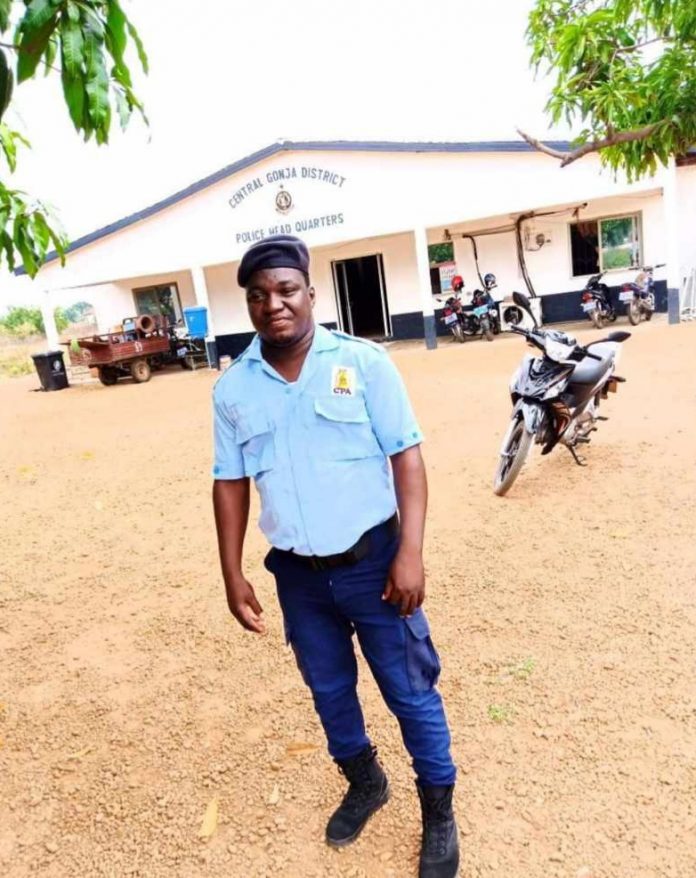 A community Police Assistant with the Buipe police command in the Central Gonja district of the Savannah Region, Mr Salisu Lampo has been gun down by a a Fulani herdsman at Lingbinkura near Buipe on Thursday 20th January, 2022.

A relative of the deceased Adam Mbonwura who spoke to Bole based Nkilgi Fm said the deceased was shot after he picked a Police CID officer on his motorbike and met the alleged suspect who is on the wanted list of the police involving an alleged killing of a man some weeks back.

The body the deceased has since been laid to rest in accordance with Islamic laws whilst the suspect is on the run.

The Central Gonja Police Command are yet to comment on the incident.