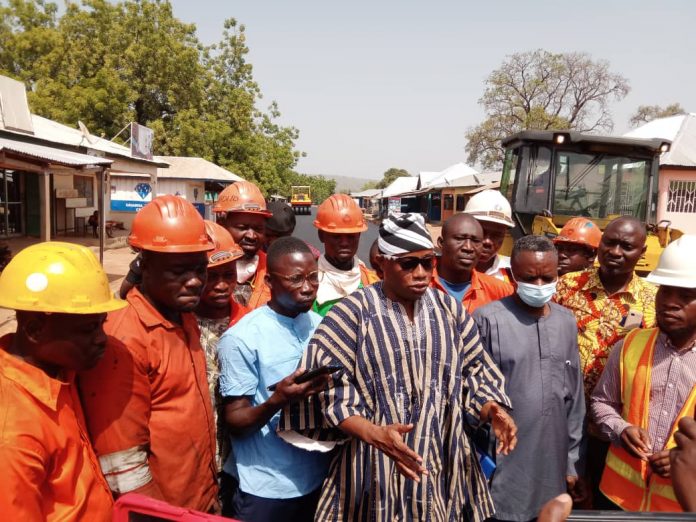 The Savannah Regional Minister Mr Saeed Muhazu Jibril has inspected the ongoing asphalting of the town roads in the Damongo township.

Mr Muhazu in an interview with the media on 20th January, 2022, disclosed that the exercise is part of the New Patriotic Party (NPP) government year of roads initiative that is taking place in all the 16 regional capitals in the country but the Northern sector including the Savannah Region is where the project is beginning.

The Minister said 15km of the major roads in the Savannah Region capital has been earmarked for the asphalting process to take place.

On the issue of Speed ramps to prevent accidents and over speeding after the asphalting, the Savannah Regional minister said the ministry of roads and highways will earmark where ever that is necessary for the construction of the speed ramps.

He further explained that work on the newly constructed roads in the roads will also kickstart soon after the contractors had issues with payment which has since been resolved.

Mr Muhazu said the progress of overlay works on roads within the municipality has already been given a facelift through the ongoing road rehabilitation project.