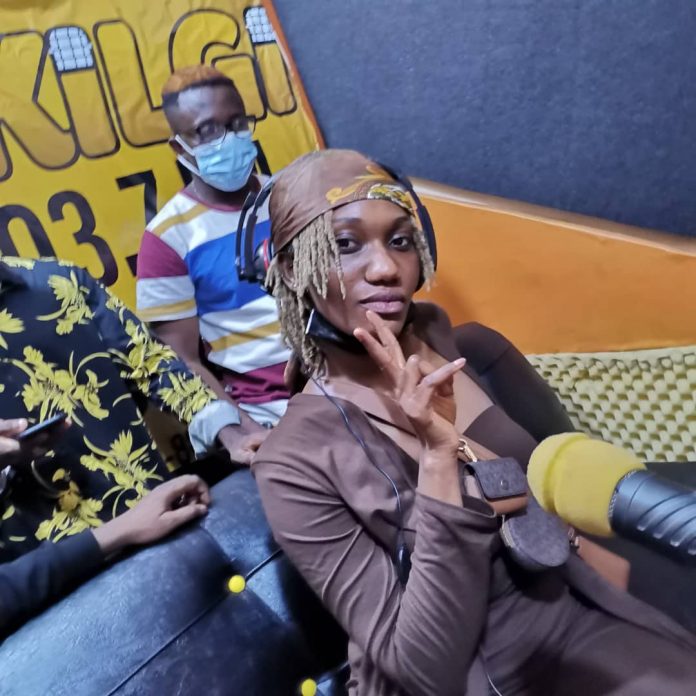 Ghanaian Afropop and Afrobeats singer
Wendy Asiamah Addo, known by the stage name “Wendy Shay” arrived in Bole in the Savannah Region in the afternoon of Thursday 30th December, 2021 to a tumultuous welcome by her fans.

On arrival at Bole Wendy Shay visited the Palace the Paramount Chief of the Bole Traditional Area where she was welcomed with Traditional prayers said for her.

She visited the studios of Bole based Nkilgi FM which is the Nest Radio Station in the Savannah Region, to announce her presence to promise the people of a good show.

Many people who heard of her presence in Bole throng the premises of the Radio station to catch a glimpse of the popular Musician.

There were cheers when she came out with the fans giving her the victory sign.

Crowds later line up the main streets of Bole to wave at her convoy as she drove to the Wuripe and Sons Royal Lodge where the event will take place with some selected Savannah Region artists starting the show.

The Music show of Wendy Shay will take place at night till midnight.

Savannah Region Rep. of NTV’s Queen of the North wins 1st Runner up