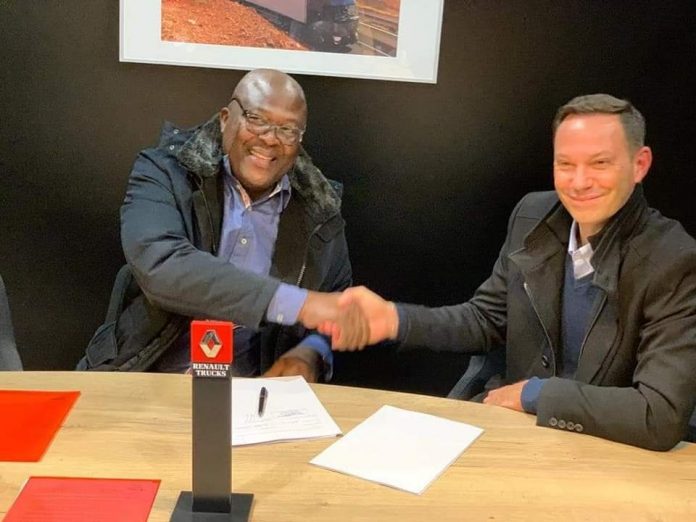 Ghanaian businessman and the founder of Engineers and Planners, Mr Ibrahim Mahama, has signed a deal with France-based Renault Trucks.

Boasting of the largest indigenous-owned mining company in West Africa, and several other businesses in Ghana including Dzata Cement Limited, the deal comes as no news at all.

The deal was signed between the two parties in France on Tuesday, December 14, 2021.

The contract details are sketchy but it is believed that Mr. Mahama who is a younger brother of former President John Dramani Mahama will be an importer, set up an assembling plant in Ghana, and be a sales dealer as well.

Renault Trucks is the sole French truck manufacturer, founded in 1894.

Renault Trucks and its distributors represent 20,000 people serving transport professionals around the world.

With more than 40,000 vehicles sold in 2019 in France and abroad, Renault Trucks is one of the world leaders in heavy goods vehicles.