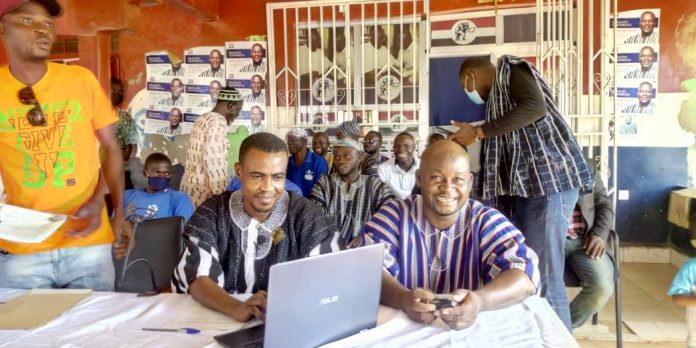 The Savannah Region New Patriotic Party (NPP) have said that the statement made by the Member of Parliament (MP) for the Sawla-Tuna-Kalba constituency Hon Andrews Chiwetey that there is no single borehole in Savannah Region is a palpable falsehood.

“For the avoidance of doubt, it is not true, that the NPP government has not done a single borehole or water project in the Savannah Region” the NPP stated.

The Savannah Region NPP Director of Communications Mohammed Issah made these comments at a Press conference on 14th December, 2021 to address what they termed the palpable falsehood of the NDC and its surrogates in Parliament and to remind the people of Ghana about the incurable taste of the NDC for distortions and fabrications for petty partisan propaganda.

According to the NPP the MP for the Sawla-Tuna-Kalba Hon Andrews Chiwitey had the opportunity on the floor of Parliament to question the Minister for Sanitation and Water Resources on how many boreholes and small water systems were constructed by the Ministry between the period 2017 and 2020, the locations of the boreholes and water systems and the cost of same.

The NPP said the Ministry of Sanitation gave a comprehensive answer but the MP Andrews Chiwitey and his NDC colleagues chose to do their usual partisan politics without recourse to the answer provided.

Mohamed Issah said the NDC in the Savannah Region and former President Mahama should be the last persons in this world to start any discussion on water projects.

He indicated that the Damango water project happened only on the lips of the only grandson of our revered Yagbonwura who ascended to the Presidency, Mr John Mahama and the memories are still fresh in the mind of the people of Damongo.

He said,the ruling government under
the able leadership of President Akufo-Addo and Dr. Mahamudu Bawumia have done massively well for the people of Damongo and Savannah Region compared to the NDC, listing numerous drilling of boreholes across the Savannah Region.

Stating the success of construction of boreholes and town water projects that the NPP government has undertaken, Mr Issah said, “the Community Water Sanitation Agency(CWSA) has done a facility for the good people of central Central Gonja – Yapei and its environs, Salaga who hitherto struggled to get water through their taps have a sigh of relief under the leadership of H.E the President and his competent Vice President. Extension of same has been done to Masaka and they shall start enjoying from the governance of their distant brothers- Akufo-Addo and Dr. Bawumia soon; a joy they desired most from their blood brother John Mahama for 8 good years”.

Aside these according to the NPP Communication Director said, “the MP for Damango and Minister for Lands and Natural Resources, Lawyer Samuel Abu Jinapor has done more than 20 boreholes in partnership with others across the Municipal-see attached list”.

He added that the former MP and first Regional Minister, Hon. Salifu Adam Braimah had put up water systems in about 15 in the East Gonja.

Mohammed Issah has challenge the MP for Sawla-Tuna-Kalba if indeed he knows his constituency well so he do them A favor by either admitting he lied to the people of Ghana or deny the existence of these systems in his Constituency.