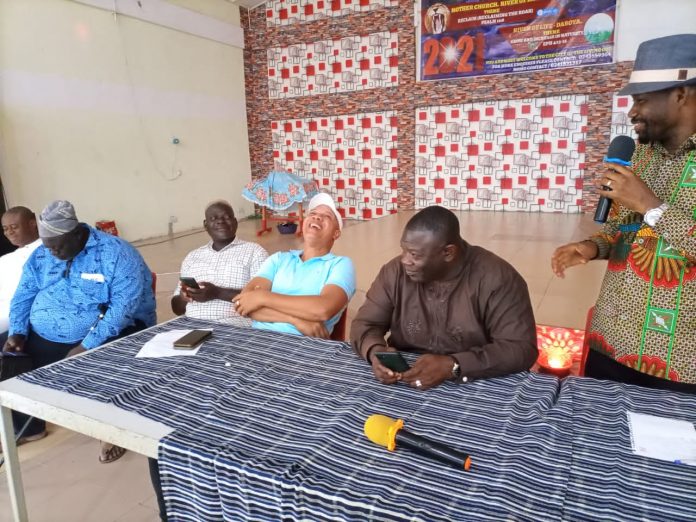 A former Member of Parliament (MP) for the Daboya-Mankarigu constituency Mr Shaibu Mahama Obey has said that former President John Dramani Mahama will always support the less privileged in times of their need within the Savannah region hence donating and amount of GHc20,000 to the families of the those who passed on in accident at Offinso-Abofour in the Ashanti Region.

The accident which occurred on Monday, November 1, 2021 resulted in the death 20 with 17 persons dying on the spot while 16 persons sustained various degrees of injuries after a Sprinter Bus heading towards the North with mostly head porters from the North Gonja District numbering about 31 collided head-on with a trailer loaded with logs traveling down south.

The former MP said former President Mahama would have wished to be with the families of the those who passed on and the injured at Tamale but he will be traveling outside the country for an equally important assignment.

The former Daboya-Mankarigu MP made these comments at the Palace of the Paramount Chief of the Wasipe Traditional Area of Gonja during the visit by a delegation dispatched by former President John Dramani Mahama to the North Gonja District on 15th November, 2021 to make a donation to the families of the victims of the Offinso-Aboffuor bus accident.

Mr Mahama Shaibu said when the former President was informed of the accident and deaths involving people from the North Gonja District, he decided to sent the delegation to commiserate with the families and to donate some money to them.

The delegation visited the various families in their communities and presented a sum of GHc20,000 to them to cater for the funeral needs and support the families in these hard times.

Meanwhile former President John Dramani Mahama’s delegation moved to the Tamale Teaching Hospital on 16th November, 2021 to donate an undisclosed amount of money to the surviving Daboya Accident victims to cater for their hospital bills.