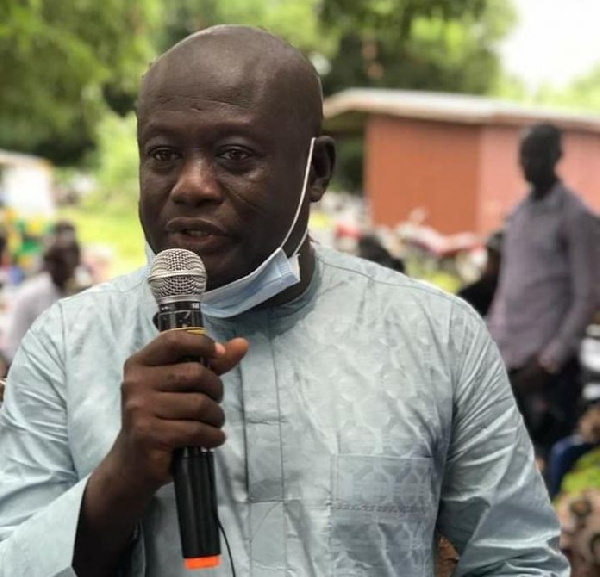 Speaking to Bole based Nkilgi Fm’s morning show on Tuesday 5th October, 2021, the Assemblyman for Makyera Electoral Area of East Gonja Hon Yussif … said some people outside the hall were alerted that some of them voted against the MCE nominee Mr Tamimu Mohammed and so they pounced on them and gave them some slaps.

Giving the facts of what happened Hon Yussif Mahama said during the counting there was a misunderstanding because some macho people were brought onto the hall of the Assembly to block the Assembly men from observing the counting process so they protested because they wanted a free and fair election.

Hon Yussif disclosed that the nominee got 4 ‘Yes’ and 30 ‘No’ meaning he was rejected outright.

The Makyera Electoral Area Assembly member alleged that the Savannah Regional Minister Mr Saeed Jibril Muhazu is reported to have instructed the East Gonja Municipal Electoral Commission (EC) officer to declare the ‘No’ votes as ‘Yes’ but the EC officer declined and told the Regional Minister that; “I cannot do that..are you instructing me on how to do my work”.
According to Hon Yussif the Regional minister said; “Yes I am the Regional minister, do what I tell you to do” and that the EC officer replied “I cannot do that because there are observers in the hall and the media is also here so I cannot do that to damage my profession”.

The Makyera Assemblyman said the Regional Minister then called on the Presidimg Member of the East Gonja Municipal Assembly to cancel the results.

He further said; “the Presiding Member doesn’t have that prerogative to cancel the results and per the standing orders, it is only the Electoral Commission that can cancel results of voting of a Municipal Chief Executive”.

“For now we don’t know what is happening but it is the EC that can cancel the results after giving tangible reason”.

Hon Yussif Mahama also said what “you sow is what you reap” and so the nominee for President Akufo-Addo for the East Gonja Municipality is reaping the “hatred he has sowed for himself”.

According to to him as a leader one must have a cordial relationship with people but the MCE nominee doesn’t respect and do not regard anyone.

The President’s nominee for the East Gonja municipal Assembly, Mr Tamimu Mohammed has failed to gain the confidence of the 34 assembly members of the assembly.

Accoring to official results Mr Tamimu polled 10 out of the 34 valid votes that the Assembly members had casted.

The voting processes for the confirmation of the MCE nominee came to an abrupt end after confusion ensued between Assembly members and the Electoral Commission.

Tension started to build up in the conference hall of the East Gonja Municipal assembly after suspicion of the figures of the valid votes were tried to be changed which was firmly resisted by the Assembly members.

The Savannah Regional Minister, Hon. Saeed Muazu Jibril who was in attendance, ordered that the election be cancelled to avoid future trouble.

Earlier, the Savannah Regional minister had met with the 34 assembly members in a closed door to encourage them to endorse the MCE to lead the Assembly.

He again before the voting exercise appealed to them but they still went ahead to vote against the MCE nominee.

Meanwhile Mr Mohammed Musah Tindawu, the President’s nominee for the District Chief Executive (DCE) in the neibouring North East Gonja District Assembly has secured a 100% confirmation from the Assembly members of the Assembly.

Mr Tindawu extended his appreciation to God, the President of Ghana for the confidence reposed in him and the Assembly members of the area for endorsing him.

He promised to work tirelessly with the them to enhance development in the area.

The Savannah Regional Minister Mr Muhazu Jibril thanked the 16 member Assembly men for the endorsement and promised to work with the DCE to ensure development is brought to the doorsteps of the people.