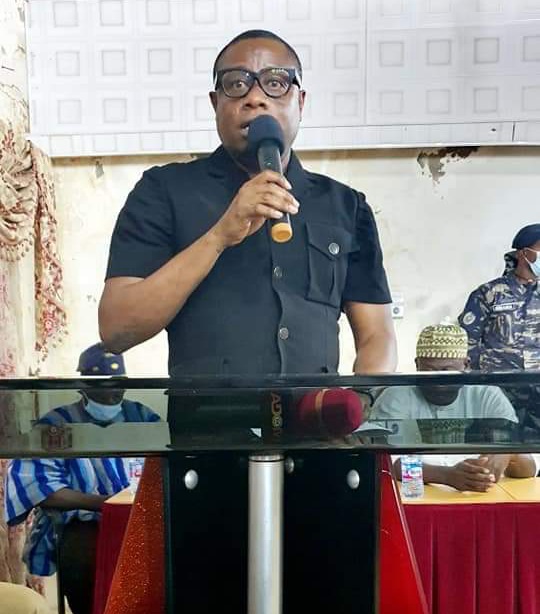 The Savannah Regional Minister Mr.Saeed Jibril Muhazu Jegede has expressed satisfaction about the 100% endorsement so far given to the President’s nominees for the positions of Municipal and District Chief executives for the Savannah Region.

Speaking after supervising the voting of President Akufo-Addo’s District Chief Executive nominee for the Central Gonja District on 2nd October, 2021, Mr Jibril Muhazu said the message across is clear that the people of the newly created Savannah Region are ready for development irrespective of their political affiliation.

The Regional minister said he will be very happy if the remaining 3 districts including the East Gonja Municipal Assembly also give their nominees a 100% endorsement.

Responding to the issue of three out of the four districts that have their Members of Parliament (MP’s) being NDC, Mr Jibril said he is liasing with the MP’s to help in the confirmation of the nominees.

He described the MP for Bole-Bamboi Constituency as a brother who he knows will do everything possible to talk to the Assembly members to vote ‘Yes’
for the President’s nominee.

He also disclosed that the Salaga South MP Hajia Zuwera Ibrahima will be noving to the constituency on Sunday ahead of the confirmation with the MP for the Sawla-Tuna -Kalba constituency Hon Dari Chiwetey also joining hands to help in the smooth process of confirming the nominee for the Sawla-Tuna-Kalba district in person of Madam Losina Barikisu.

Mr Jibril added that the development of the various districts has been delayed as a result of the issue of appointment and so work will soon kickstart after confirmations.

He appealed to the remaining districts to take a cue from the 100% endorsements given so far to nominees from the 3 districts so far by also voting ‘Yes’ for the Savannah Region to set a big record in Ghana.

He added that the President will push more developmental projects to the region following the 100% endorsement of all his nominees in the region.

3 out of the 7 nominated President’s nominees in the region has so far enjoyed a 100% endorsement in the region.

Former DCE under the John Mahama administration Mr Mumuni Shiraz in a congratulatory message to the confirmed DCE said the problem of access roads in the district need to be tackled as the only road in the district capital of Buipe is the main Tamale-Buipe road.

He added that the problem of access to portable drinking water is still affecting the area with boreholes drilling not being the immediate solution.

He said his regime saw him drilled 43 boreholes but only 2 had water and therefore appealed to the DCE to adopt other approaches to get water for the people.