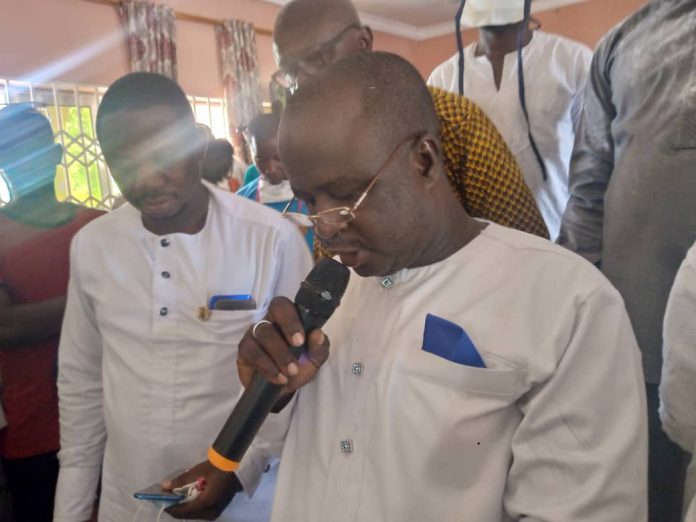 President Akufo-Addo’s nominee for the position of District Chief Executive (DCE) for the Central Gonja district of the Savannah Region, Mr Iddrisu Salia Kamara had a 100% confirmation by Assembly Members on 2nd October, 2021 at Buipe. Mr Salia polled 43 out of 43 members of the assembly.

In his acceptance speech at the district assembly conference hall in Buipe, Mr Salia Kamara who was the New Patriotic Party (NPP) parliamentary candidate for the Yapei- Kusawgu Constituency in the 2020 elections used the opportunity to thank President Akufo-Addo for the confidence reposed in him to manage the affairs of the district.

He thanked the Chiefs, people of the district, Assembly members and the Savannah Regional minister for making sure the process of his confirmation was done successfully.

The Central Gonja DCE assured the people of his jurisdiction that he would be operate by using a people centered approach for the development of the area.

He called for the support of all to enhance development of the area.

Mr Salia Kamara becomes the 3rd DCE to be confirmed with a 100% endorsement in the Savannah region after the North Gonja district and West Gonja Municipality getting similar 100% endorsements.

Earlier, the Assembly members in the Central Gonja district gave a 100% endorsement to the Sankpala Electoral area assemblyman Hon. Alhassan Nindow as the Presiding Member for the Assembly. He went unopposed.