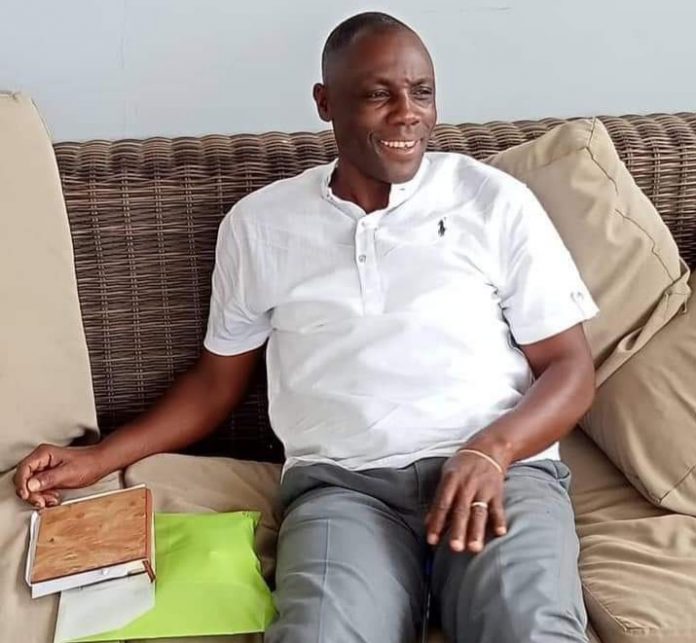 Mr Karim Musah Kusubari, the President’s Nominee for the position of the Municipal Chief Executive (MCE) for West Gonja in the Savannah Region, has been endorsed by Assembly Members on 30th September, 2021.

All the 17 Assembly members of the West Gonja Municipality voted in favour of Mr Musah Kusubari to confirm his nomination as the MCE for the area.

In his acceptance speech following the confirmation votes, Mr Musah Kusubari, a Nurse by Profession and also the NPP Damongo Constituency Secretary expressed gratitude to President Nana Akufo Addo for the great opportunity given to him to serve the people of the West Gonja Municipality and the Member of Parliament (MP) for the Damongo Constituency who doubles as the Minister of Lands and Natural Resources Hon Samuel Abu Jinapor.

He also used the opportunity to thank all the assembly Members for the 12 electoral areas in the municipality for the confidence reposed in him. Mr Kusubari promised to bring all onboard for the development of the area since he is not new to every problem in the municipality.

Mr Eliasu polled 22 “Yes” votes representing a 100% of the total valid votes. The North Gonja District Assembly has a total of 22 assembly members with 15 being elected members and the remaining seven (7) being government appointed members.

Mr Eliasu also in a speech thanked the President for once again entrusting the affairs of the district under his care and further thanked the Assembly members for his endorsement.

He said his doors are always opened and will do everything possible to ensure the continuation of the developmental agenda he started in the last 4 years.

He further reminded the people of the district that he sees himself as a servant of the people and not just the DCE of the area.

He therefore appealed to them to bring to his table anything that will push forward the development of the area.

The Savannah Regional Minister Saeed Jibril Mugazu Jegede in separate addresses at both venues reminded the confirmed nominees to be mindful of the popular phrase of ”Power can trick people” and not to see themselves above the people since they are the very people he will meet after their turner of offices.

He said representing the people comes with a lot of responsibilities which they must be willing and ready to sacrifice at any point in time.

He also thanked the assembly members for the endorsements adding that development is in the pipeline since the membership of the assemblies have shown their readiness to support the President’s nominees through the 100% endorsement given them.

He used the opportunity to appeal to other districts in the Savannah Region to emulate what has happened in the North Gonja district and the Damongo municipality by equally endorsing their nominees.

Meanwhile Saturday 1st October, 2021 will be the turn of the Central Gonja District of the Savannah region to endorse Hon Salia Kamara as the district chief executive for the area.