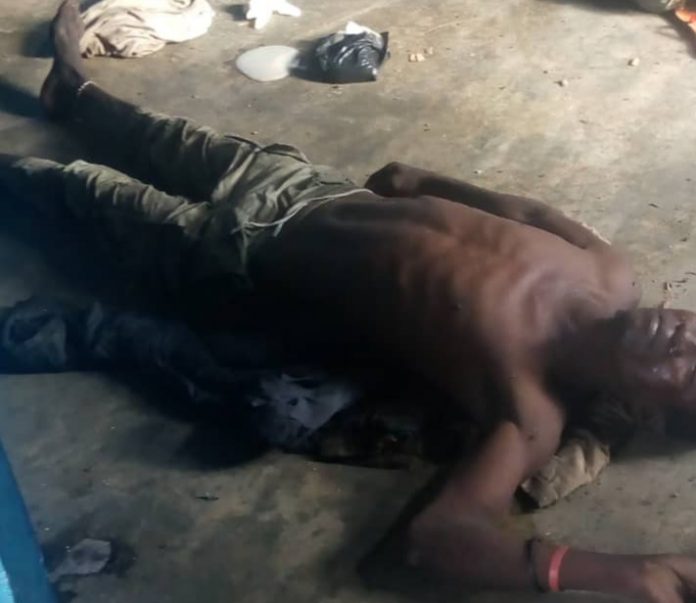 Residents in a suburb of Bole Town called ’18 condemn’ woke up in the early hours of 30th September, 2021 to find a dead man’s body in a drinking spot that has been abandoned for sometime now.

Nkilgi fm was at the area and most of the residents said the Police was called in the morning to the scene.

The residents said the Police after inspection of the area left to attend to official reports to be signed by the Police Commander before the body can be conveyed to the District hospital for autopsy report.

Most residents that Nkilgi FM engaged with for the man’s identity were did not know him the dead man.

As at 5:30 pm yesterday, the body of the unidentified man is still at the abandoned drinking spot.