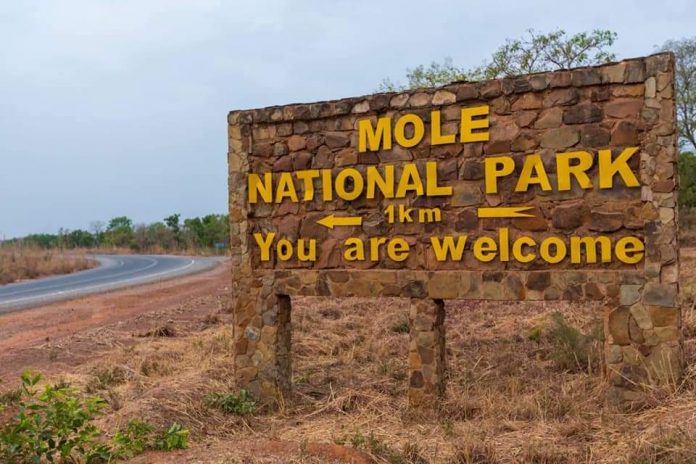 Authorities at the Mole National Park in the Savannah Region have arraigned before the Bole Magistrate Court two persons for unauthorized entry into the park to carry away carcasses of animals killed by a poacher.

The two are Musah Issah 24 years a Farmer and Mahamadu Majid a 19 year old Student.

According to the Patrol team of the Mole National Park, on one of their their routine checks in the park they came across the two accused persons busily preparing the carcasses from afar.

The team marked out a plan and captured the two with the carcasses.

After interrogations, the two persons confessed that they were sent by a man called Razak to carry the carcasses for him at a certain location.

They were subsequently arraign before his Worship Prince Cudjoe at the Bole Magistrate Court on the 27th September, 2021.

After the court hearing, his Worship Prince Cudjoe convicted the two of their own plea of guilty to a fine of 100 points units which translates to Ghc 1,200 or in default spend Six months each in Prison.