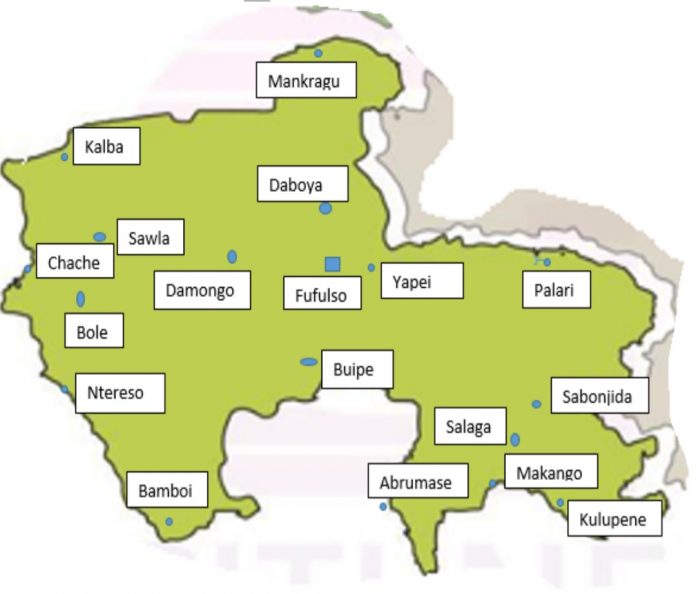 The Government’s Agenda 111, I believe, includes the Savannah Regional Hospital. If media reports are to be believed, funding has been secured, architectural designs have been completed and land acquisition and other processes are at various stages of completion and yet a good many of us do not know where the Savannah Regional hospital is to be located.

Where the Regional Hospital should be located is a discussion we the people of the Savannah region must have. A robust debate that will enable us to select a location that is easily accessible to most of the residents of the Savannah region, taking into consideration centrality, population distribution, road network, cost efficiency and other socio-economic factors. This is what the debate is about.

I will begin the discussion by proposing the Fufulso area as the most suitable location for the hospital.

The reasons why Fufulso rather Yapei is being proposed is because Yapei is too close to Tamale coupled with the fact that Fufulso is on the south bank of the White Volta which creates a natural and noticeable barrier between Tamale and Dagbon for that matter.

Note: Salaga in the South East (206 km) and Bamboi in the South West (208 Km) are almost equidistant from Fufulso. Daboya to the North and Buipe to the South are 56km and 77km respectively

Fufulso is the most easily accessible town in the Savannah region. The Fulfulso-Sawla road goes through Busunu, Damongo and through most of the towns and villages all the way to Sawla; where it links up with the Western Corridor road; which goes through Bamboi and all the villages in between to Bole and then to Sawla to Tuna and yonder.

The Daboya-Mankragu road (99km) joins the Fufulso-Sawla highway at Busuna, a less than 20 minutes’ drive to the Fufulso junction. The proximity of Fufulso to Buipe, Damongo and Tamale, coupled with it being on the main highway linking Southern Ghana to the North (the N10), and then from Tamale to Salaga and to Mankango; makes the movement of most Savannah region residents seeking medical services much more convenient than any other town in the region.

The latest development in regard to road network, is the Bunjai-Fufulso road currently under construction. When completed, it will cut the distance and travel time from East Gonja, the most populous part of the Savannah region, to Fufulso by about 120km and 2 hours respectively. (it is estimated that the travel time from Salaga to Fufulso through Bunjai when the road is completed will be about 2 hours.

Equity and fairness demand that the Regional hospital should be located where it can easily be accessed by the majority of residents of the Savannah region. A projected population by district from the 2010 population census to 2020, using the 2010 estimated growth rate of 2.9% per annum (as no certified results/figures of the 2020 population census are yet available) shows that East Gonja (Salaga South and Salaga North districts) and the Central Gonja district make up 47.57% of the population of the Savannah region followed by Sawla/Tuna/Kalba with 21.27%.

b. Electricity & Telecommunications- The proximity of Fufulso to Buipe which has better developed power and telecommunication infrastructure, next only to Tamale in Northern Ghana, which can easily be tapped and extended to Fufulso at a much lower cost than anywhere else in the Savannah region should be a major consideration. Buipe has a 9mw power substation capable of supplying power for industrial use and for a major health facility such as the Savannah Regional Hopsital. Coupled with this is the proximity of Fufulso to the transmission and distribution towers of most of the major mobile telephone networks in the country such as MTN, Vodafone, Tigo/Airtel; which makes reliable connectivity to the major telephone networks in the country a lot easier. This cannot be said of most of the towns in the Savannah region.

c. Proximity to the National Highway Accidents & Emergency Hospital – A Savannah Regional Hospital based in Fufulso and the National Highway Accidents and Emergency Hospital close to Buipe will complement each other in a significant way to save lives, not only of the people of the Savannah region but the lives of the many Ghanaians who ply the highway (the N10).

The land is relatively flat, about 400 ft. above sea level. It is mostly laterite with outcrops of rock suitable for quarries dotted here and there; and with a typical savannah-like vegetal cover. All these make earth works for construction of buildings and roads easier and cheaper. I believe the desire and enthusiasm of the chiefs and people of the area to make land available for the Savannah Regional Hospital will be overwhelming.

He who sleeps on his rights should forever hold thy peace

Why must we have this discussion?

Therefore, if you choose to sleep on your right to make your views heard, forever hold thy peace.

As part of this discussion I will propose the setting up of a committee by the Regional Coordination Council in consultation with the Gonjaland Youth Association and the Gonja Traditional Council to deliberate on views expressed, seek expert opinion and follow best practice and make recommendations to be considered, approved and forwarded to the appropriate authorities.