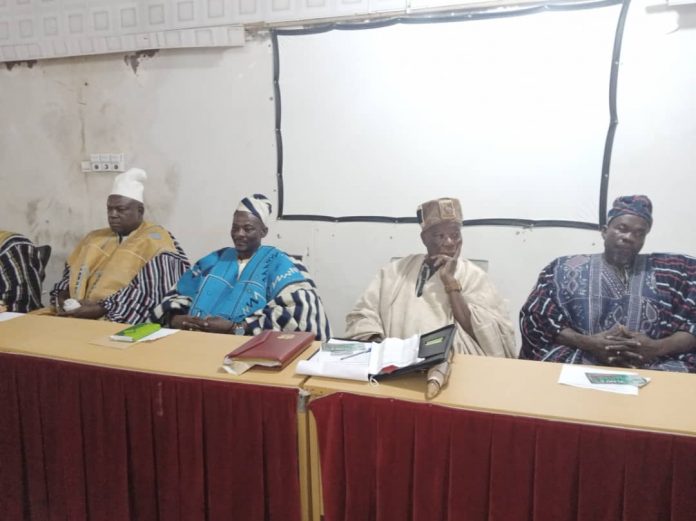 The Savannah Regional House of Chiefs has reiterated its commitment to fight the menace of commercial charcoal burning and illegal tree felling in the region.

Reiterating their efforts to Chiefs, Imams, and Youth groups at Damongo, the Vice-President of the Savannah Region House of Chiefs Buipewura Abdulai Jinapor (II) on behalf of the President and Overlord of the Gonja Kingdom placed a total ban on the activities of commercial charcoal burning business in the region ordering that from 12:00am on 29th August, 2021, all trucks carrying the charcoal and logs should be seized by the youth in the region.

Buipewura Jinapor has also on behalf of Yagbonwura dissolved the Bolewura chaired environmental protection committee set up in May 2021 to stop the ban of the activities of rosewood felling and commercial charcoal business activities in the region.

The Buipewura said he on behalf of the of the Overlord of Gonja Yagbonwura Tuntumba Boresa (I) expressed gratitude to the committee for their concerted efforts towards the preservation of the environment.

Buipewura Jinapor (II) will now chair a five eminent chiefs in the Regional House of Chiefs to take charge of the total ban of the illegal activities.

In May this year, the Savannah Regional House of Chiefs inaugurated a five member committee chaired by Bolewura to see to the end of the commercial charcoal burning, rosewood felling and illegal mining in the region.

After months of its work, the committee presented its report to the house on steps that they took to halt the menace.

Meanwhile the the new Chairman of the committee Buipewura Jinapor (II) has charged the youth of the Savannah region to immediately step in to seize all trucks carrying charcoal.

Buipewura defined Commercial Charcoal production as the process through which more than five bags of charcoal is being loaded and transported out of the Region which simply means any vehicle carrying more than 5 bags of charcoal should not be allowed to leave the region.

Various youth groups within the region also pledged their support towards the ban of the activities.

During an open forum for the participants to share their views on halting the activities of deforestation in the region representatives of the Gonjaland Youth Association National, Brifor Youth Association, Vagla Youth Association and others made inputs and mention their readiness to back the committee formed to stop the commercial charcoal burning and logging.