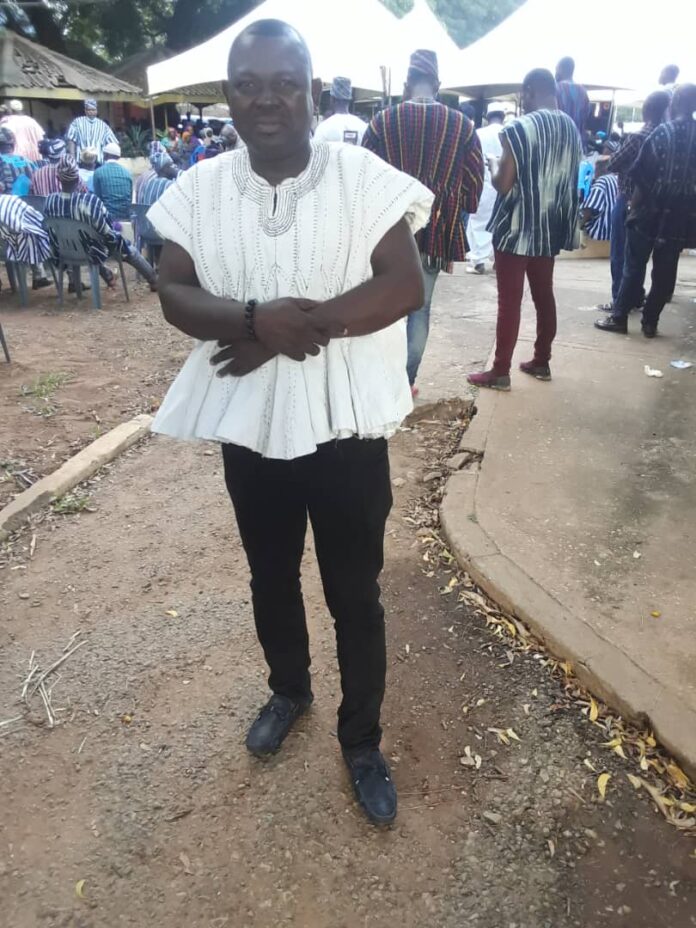 The Savannah Regional House of Chiefs has appointed Lawyer Nashiru Yussif Issahaku as its legal person. Lawyer Nashiru was officially introduced to the house during a meeting held in Damongo on 2nd June, 2021.

The Vice – President of the Savannah Regional house of Chiefs and Paramount Chief of the Buipe Traditional area, Buipewura Abdulai Jinapor (II) introduced the lawyer and the house unanimously approved him.

Buipewura Jinapor (II) urged the Lawyer Nashiru to work very hard in ensuring all legal matters in the house are addressed and use his rich experience to advice the house in many of the issues at hand.

Speaking before the endorsement of Lawyer Nashiru the Paramount Chief of the Kpembe Traditional area Kpembewura Babange said;
“For the past days we have been interacting with the lawyer and he has been and has introduced himself to us very well. He is one of our son, he is our son and he is well abreast with what is happening in this our Kingdom”

He added that;
“I will move that the whole house should accept him as our legal person in the Savannah Regional House of Chiefs”.

Lawyer Nashiru Issahaku was born in Damongo capital of the Savannah region in 1970 and was called to the Ghana Bar in the 2004 as a barrister and solicitor of the Supreme Court of Ghana.

Lawyer Nashiru has more than 16 years experience at the Bar and mostly practiced within the private sector.

Speaking to Bole based Nkilgi Fm Lawyer Nashiru mentioned his brief lineage and said; “I was born in Damongo Langbonto and my mother hail from this community and my great grandfather happened to be a Chief and he was called Zonzuwura Kuforju”.

On his education and law background Mr Nashiru said; “I attended Damongo primary school, Damongo Junior Secondary and finished in 1982 and then proceeded to Damongo Senior Secondary School in 1983 ans finished in 1988 and from there, and from there I worked with Controller and Accountant General department for ywo and half years and I later decided to go for green pastures in Nigeria where I worked with the International Institute of Tropical Agriculture for about two years, before finally enrolling with the prestigeous University of Ibadan which is about the first University in West Africa”.

He added that;
“After reading law there, I obtained the LLB which is the barrister certificate in the common law and I came to the Ghana school of Law and I did two years there as a Professional Lawyer and I was called to the Bar in 2004”.

The National House of Chiefs is manned by five paramount chiefs and a lawyer of not less than 10 years experience.