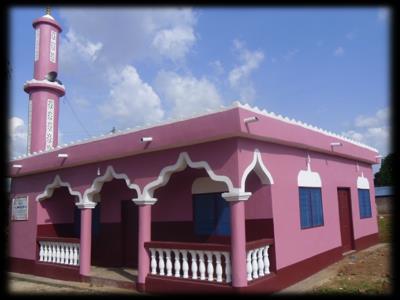 The Chief Imam of the Wasipe Traditional Area (North Gonja) with its capital at Daboya Limam Baba Zezebi Kaklanche has denied knowledge of of a group calling itself the Coalition of Muslim Imams and has described the individuals behind the group as impersonators.

A group calling itself Coalition of Muslim Imams at a press conference two weeks ago called on President Akufo Addo to maintain Mr Adam Eliasu as the DCE. At the said press conference, they claimed that; “The Muslim Umma accross the rank and file of the North Gonja District in the Savannah Region have launched a passionate appeal to president Nana Addo Danquah Akuffo-Addo to either elevate Mr Adam Eliasu to a higher position or re-appoint him as the District Chief Executive”.

But Limam Baba Zezebi speaking through his spokesperson Sheik Mahama Nayimi Baba Zakaria two days ago said there is nothing like a coalition of Muslim Imams within the enclave of Wasipe Traditional Area in the North Gonja District of the Savannah Region.

The spokes person of the Wasipe Traditional area Chief Imam further said such move can only be described as figment of such individual’s own imagination and a deliberate attempt to bring the name of the office of the clChief imam into disrepute in this era of political polarization.

“We wish to state, that the so called Coalition of Muslim Imams and Muslim Ummah was a misrepresentation and represent the interest of only two individuals namely Ustazz Yahaya Alhassan and one Musah Shaibu, who personally have a longstanding relationship with Hon Adam Eliasu”; he said.

Sheik Mahama Nayimi Baba Zakaria added that granted such coalition actually exists, they would rather prefer to channel their efforts in confering with the Wasipewura who is the Paramount Chief of the Wasipe Traditional area on who they want to be a DCE.

The spokesperson narrated further that ever since the elevation of Limam Zezebi to the status of Chief Imam, the Deputy Chief Imam position has been vacant for close to a year now, a phenomenon the Chief Imam described as his biggest source of worry and not who becomes DCE.

“Granted even, that the said muslim coalition exist, and are actually calling on Mr President to appoint Hon Red Bawa as th DCE, what then becomes the fate of our christian brothers in the constituency? If another group of individuals also parades themselves as coalition of Christian pastors and also call on the president to consider appointing a Christian brother, what Will happen?; Sheik Mahama Nayimi Baba Zakaria stated.

We are urging the good people of Mankarigu zone, the middle belt, Daboya zone and the general public to disregard the said press conference and treat it with all the contemp it deserves”.