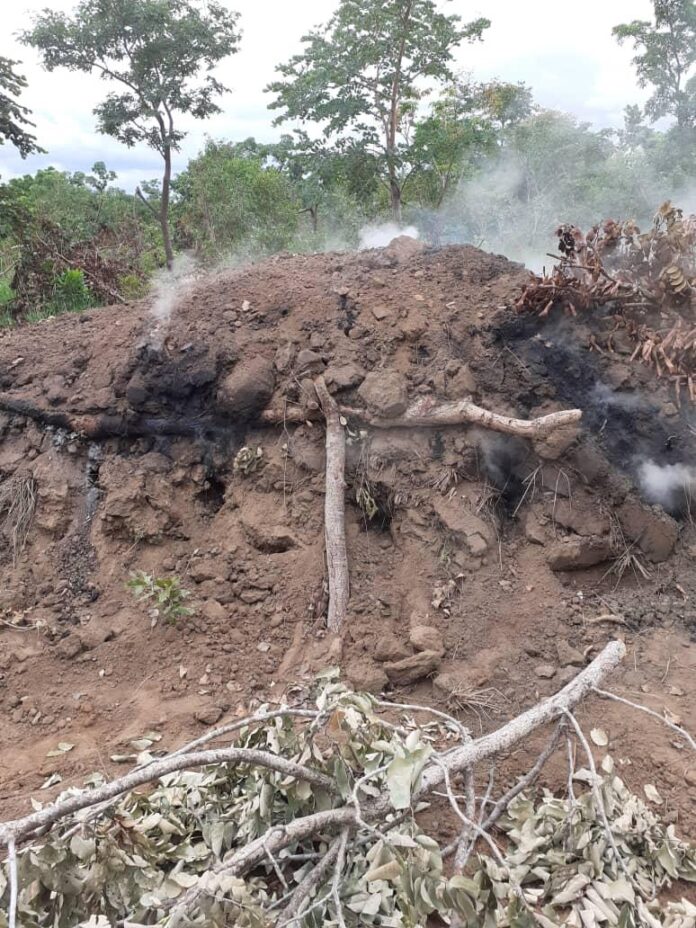 The shea tree which is capable of bearing fruits for about two hundred years is mostly used by women in the Northern part of Ghana to generate income, support their families and other domestic tasks. It is therefore no wonder that, many described the tree as an occupation for women.

In the Savannah Region (S/R) for example, the shea tree is a source of employment to hundreds of thousands of people, especially women and also serves as a source of food. Thus, the shea butter is extracted from the nuts and used as cooking oil in the preparation of various types of food.

In order to generate income, the women go into the wild to pick the nuts which are directly sold to processors or are processed by the pickers themselves, by extracting the butter from the nuts and sell their products to other traders.

But recent development in the Savannah area lives much to be desired as there is ongoing cutting down of shea trees in the Gonjaland. Thus, in the bushes of Broto near Damongo where charcoal burning in commercial quantities is ongoing, many trees including the shea trees are not being spared despite warnings from both traditional authorities and government.

Mr Seidu Jeremiah, Coordinator for Jaksally Development Organization, a Non- Governmental Organisation based in the Savannah region noted with disappointment how charcoal producers are destroying shea trees in the region.

According to him, in communities like Yapei, shea tree is cut and being used as firewood which is another worrying situation.

Shea wood being prepared for charcoal burning
He also mentioned kpandai where the trees are cut and parked by the road side and sold like charcoal or yams that are being sold regularly.

He added that, in the Busunu traditional area in the West Gonja District of the Savannah region, shea trees are cut and used as lumber and also for charcoal production.

He further named the Mamprugu traditional area in the North-East Region where the trees are the main source of energy for household.

Mr Seidu Jeremiah of Jaksally indicated however that, the destruction of the trees is not only the problem of Gonjaland but the savannah ecological zone.

Meanwhile, a group calling itself Save The Shea Tree Advocacy Movement in the Upper West Region has said, the shea trees are being destroyed with impunity in the region and needed urgent action from government to halt the destruction.

“We now have shea wood entrepreneurs, they buy the shea trees from land owners, fell and chop them into firewood. They sell these woods to pito brewers. This practice is very common in Nandom here. What beats our imagination is the fact that these shea wood entrepreneurs carry out this heinous act in broad day light, and nobody seems to care”, the group said in a statement.

According to the statement, in the Wa Municipality, women and men, both old and young are competing for the few shea trees left to cut for charcoal.

“What has become of our society, our MMDAs, Assembly members and traditional leaders have not lived up to expectations on this issue but climate Change is Real”, the statement added.

Mr Seidu Jeremiah of the Jaksally foundation is however calling on traditional, religious and opinion leaders, government, political parties and the civil society organizations, most especially the youth groups such as Gonjaland youth, Sisaala youth, Dagomba youth and Dagaaba youth to help preserve shea trees before climate change causes severe havoc to their lives.