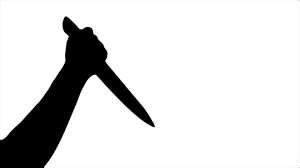 A young man of about 38 years whose name has been given at David Ziem has stabbed his elder brothers wife to death earlier in the morning of 22nd January, 2020 at a farm in Nabori near Damongo in the Savannah Region.

The man who works as a security guard in Damongo has also stabbed another woman in his house after killing the first one in the farm.

He went ahead to stab himself in the abdomen but he was rushed to the Damongo Catholic Hospital by the Savannah Regional Police command alongside the second lady he stabbed.

The Police in Damongo told Bole based Nkilgi FM they are investigating the reason behind the mans action.