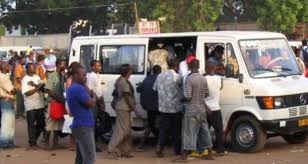 The Damongo Branch Chairman of the Ghana Private Road Transport Uinion (GPRTU) of the Trades Union Congress (TUC) Mr Abubakari Musah has disclosed to Bole based FM’s Damongo reporter Zion- Abdul- Rauf that new lorry fares announced by their outfit on 21st April, 2020 towards preventing the Coronavirus has been put on hold and that they have reverted back to the old lorry fares.

The Chairman of the GPRTU of TUC Mr Musah said he has directed all transport owners to revert to the old fares from Damongo to other destinations because he was directed to do so by the Municipal  Chief Executive (MCE) for the West Gonja Municipality Mr Saeed Jibril Jegede after just a day after new lorry fares were introduced in Damongo.

The West Gonja Munipal Assembly after a meeting with transport operators in Damongo agreed to reduce the number of passengers per vehicle to ensure social distancing which led to an increment in lorry fares.

The MCE for West Gonja Municipality said the move was meant to check over crowding in commercial vehicles in order to reduce the risk of spreading the Coronavirus.

The move did not go down with many residents of Damongo who took on the MCE and the Municipal Assembly for not doing enough consultations before the announcement of the new lorry fares that resulted in passengers paying as much as 50% more of the transport fares.

While many said the decision of the assembly was in the right direction, majority of the people have complained about the decision and therefore lambasted the West Gonja Municipal Assembly and the MCE for being “insensitive”.

Meanwhile, transport owners in the Savannah regional capital of Damongo still take the right number of passengers their vehicles can contain without adhering to the social distancing policy which health officials say is dangerous.