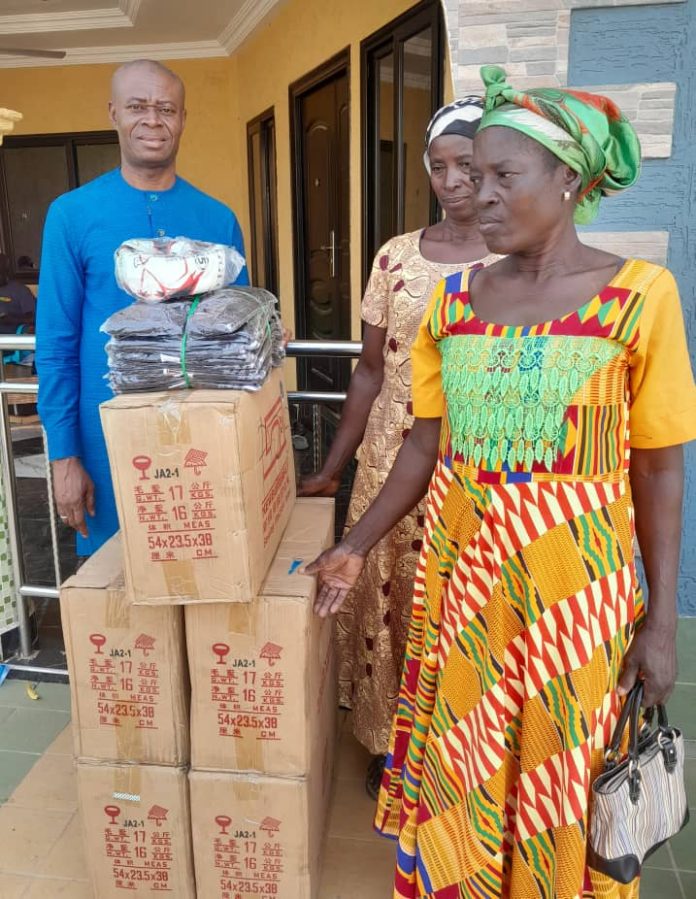 The Member of Parliament (MP) for Bole-Bamboi Constituency Hon. Alhaji Yusif Sulemana has donated five (5) sewing machines to ladies of Kinasibi (Gbebiri) in the constituency.

Speaking to Bole based Nkilgi fm at his residence where the donation took place on Tuesday 27th December, 2022 the MP said, he has started a tour of all the 115 branches in his Constituency to fraternize with them and to wish them well as his constituents enter into a new year and visited Kinasibi (Gbebiri ) to fraternize with them and he saw a group of young ladies who serious dress making, so he approached them and realised that they had challenges which he could solve.

Hon. Alhaji Yusif Sulemana said,  about five of the ladies didn’t have sewing machines, so he decided to come to their aid hence the donation.

The Bole MP added that, he invited the National Democratic Congress (NDC) Women Organizer of that community to his residence to receive the donation of five (5) sewing machines for onward distribution to the young ladies.

The MP said “when you go to the Southern sector and see most of the ladies from the North looking for greener pastures (Kayaye), it is very unpalatable and there is nothing anybody can do.”

He added that with this donations, it will reduce the migration of younger ladies from the North to the South to seek for greener pastures which does not mostly exist.

Alhaji Yussif Sulemana added that, there was a meeting in Gbebiri D/A Primary school were the NDC Chairman for the area, made it known to them that the school does not have jerseys and football and the information was given to the  NDC Chairman by the headmistress of the school and so he quickly arranged for items which have has been donated to them.

The Women organizer for NDC in that area Beaharb Antier, thanked the MP for the support and promised that she will ensure that the machines are put into good use.