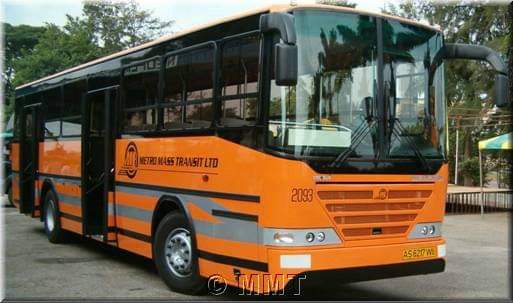 The Municipal Chief Executive (MCE) for West Gonja Mr Karim Musah Kusubari has arranged for the release of a bus from Metro Mass Transit Bus to start carrying passengers from Damongo to Tamale on daily basis at a fare of GHc25.00 following concerns raised by citizens of Damongo over the high lorry fares charged by transport owners.

The Metro Mass bus has since commenced operations on Thursday, 22nd December, 2022 with the loading point opposite the Ghana Commercial Bank (GCB) in Damongo and at the Metro mass transit terminal in Tamale.

Transport owners in Damongo initially charged GHc45 but reduced it to GHc40 following the reduction in fuel prices which passengers still see to be very high.

Residents of Damongo are showering praises on the MCE for listening to the plight of the people.

Speaking to Bole based Nkilgi fm’s morning show the MCE Mr Karim Musah Kusubari explained that he is serving the people as MCE and so listened to their plight by working to ensure they move to Tamale and back at cheaper prices.

The MCE said the reduction in fuel should have resulted in transport owners to reduce transport fares drastically but that did not happen.

He said he quickly put in an application to Metro Mass which was approved hence Metro Mass in Tamale now.