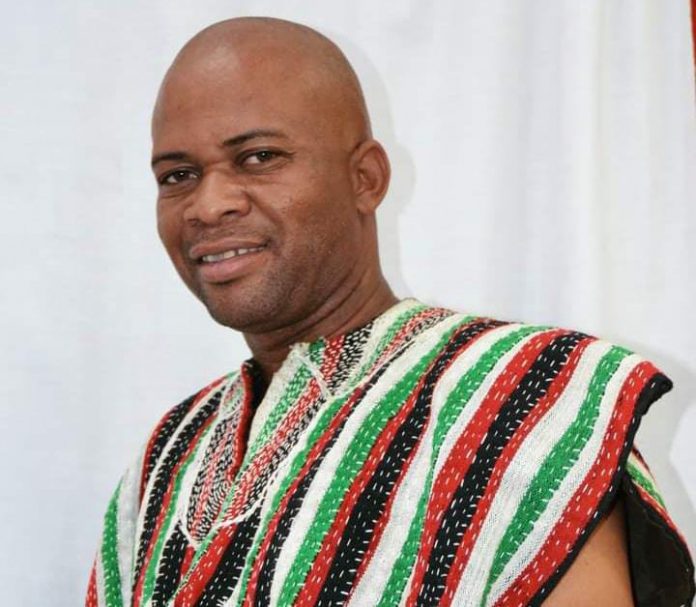 Mr Yahaya Seidu also known as Braa Prexdoe has said, being a grassroot man he believes he has the charisma and appeal to be able to mobilize and manage the affairs of the communications aspect of the National Democratic Congress (NDC) at the grassroot level when given the opportunity.

Braa Prexdoe said he ready and willing to work with his superior who will be elected into the Office of the Communications Officer and all other party officials assigned to duty.

Yahaya Seidu aka Braa Prexdoe made these comments after he declared his intention to contest for the position of Savannah Regional Deputy Communications Officer of National Democratic Congress (NDC).

Yahaya Seidu aka Braa Prexdoe is an obsessed energetic communicator with the mindset of team playing and he believes that, in order for the NDC to grab political power from this current super-incompetent Nana Addo – Bawumia lead government, the NDC needs to strengthen its communication frontiers so as to effectively accentuate the NDC legacies, policies and messages for the admiration of the masses.

He also believes that, management of information is key to attaining efficiency.

As a devout political activist he is a passionate communicator who previously served in the New Patriotic Party (NPP) not only as a communicator and activist, but also as an aide to the then Vice- Chair of the then Northern Region of that party and later Campaign Coordinator for Madam Veronica Alele Heming who was the then Parliamentary Candidate and currently the District Chief Executive (DCE) for Bole District.

In 2016, Braa Prexdoe announced his defection from the NPP into the NDC citing numerous reasons which included the fact that the sitting President then, H.E John Dramani Mahama was performing tremendously well and needed to be maintained to continue the good works that he was doing.

Despite the fact that, the NDC couldn’t maintain power after the 2016 general elections, Braa Prexdoe maintained his decision to be a loyal and permanent member of the NDC.

As a member of the NDC, and following the joining of that party, Braa Prexdoe became a regular panelist on the Montie FM’s program which was dubbed “Pampaso” under the moderation of Mugabe Masse back in the year 2016. He was also to some extent regular on Radio Gold’s “Political Talking point” show which featured from 9:00pm to 12:00am every Thursday.

He used to appear on other political shows on TV stations like ZTV and Angel TV to discuss issues of national and political interests.

In the year 2018 Braa Prexdoe in his quest to further deepen his ties and show of loyalty and preparedness to serve in the NDC picked up a nomination form and contested the position of the then Northern Regional Communications Officer but unfortunately could not win. It was believed that he was too new in the party hence, many had their doubts.

Braa Prexdoe who is an obsessed and ardent communicator have equally served in the campaign team of the current MP for Bole-Bamboi Constituency, on two separate occasions, that is, 2016 and 2020 elections and is now a member of the Savanna Regional Communications Team.
In an interview with Bole Nkilgi Fm, Braa Prexdoe said; “As the good people of this country will testify, the Nana Addo – Bawumia Npp lead administration has failed the citizens woefully and many are those calling for the return of the former president, H.E John Dramani Mahama and for that matter, the NDC as a party to come and salvage the masses from the unprecedented levels of corruption and hardships inflicted upon them by this super-incompetent government”.

He added; “In the light of the hardships imposed on the citizens of Ghana by the Super incompetent Nana Addo – Bawumia NPP government, the NDC cannot go into the next elections with mediocrity”.