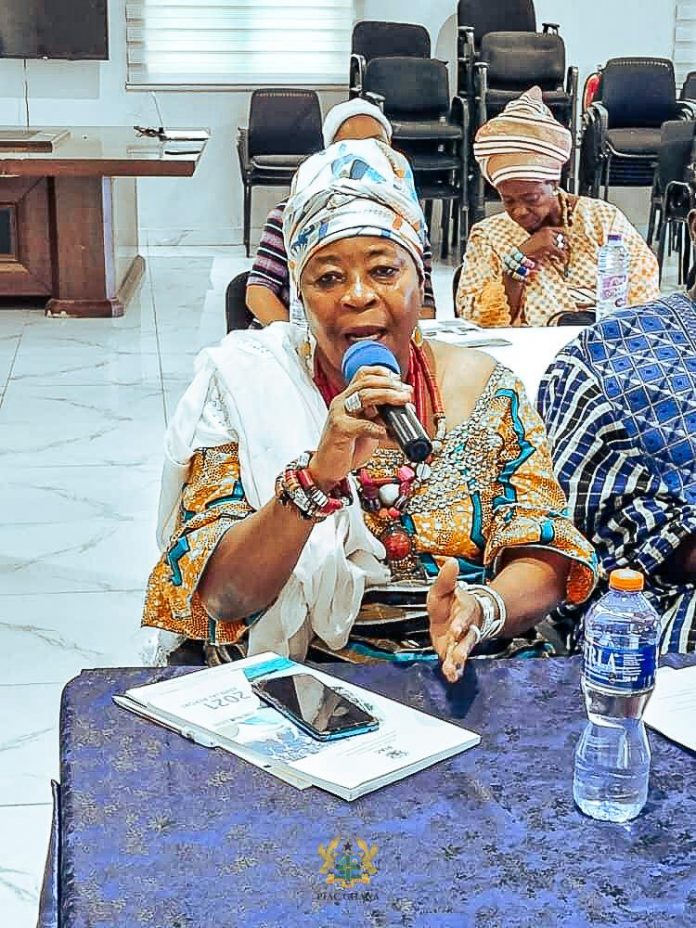 Members of the Public Interest and Accountability Committee (PIAC) has hailed one of their members representating Queenmothers of Ghana Kansawurche Hajia Ajara Bukari for her hard work for the Committee over the past 4 years.

He said though the engagements of the Committee is always done in the Regional capitals of every region, they decided to hold an engagement with Queenmothers in Savannah Region to honour Kansawurche Hajia Ajara Bukari who is from the Bole Traditional Area.

Lawyer Nasir Alfa Mohammed on behalf of the entire committee thanked Kansawurche Hajia Azara Bukari for her services rendered to the nation.

The PIAC member representing the Queenmothers Association of Ghana said their engagements with the public are always done in the Regional capital of every region, they brought the meeting to Bole to honour her as her term of office nears completion.

Kansawurche Hajia Azara Bukari thanked the chiefs and Queen mothers of Savannah region for their support to her. She said the Public Interest and Accountability Committee is a very nice committee which she has learnt a lot and will make sure she will inculcate all she has learnt to other people to know much about how it works.

Kansawurche Ajara said she was appointed into the position by her colleague Queen mothers from the National House of Chiefs when she was the secretary to the Queen Mothers Association of Ghana.

She also thanked the Queen Mothers of the Savannah Region House of Chiefs and Queen mothers of the Bole Traditional Area.

She said she has been part of the committee for two terms of 2 years and so someone will be chosen from the Queenmothers Association of Ghana to take over from her.

Sawlawura Iddrisu Nungbaso who was the Chairman PIAC’s engagement with Queenmothers in the Savannah said many people didn’t know about the work of Committee until yesterday.

He said the forum is an eye opening one since many didn’t know there is a committee monitoring how Ghana’s petroleum money is used.

He encouraged PIAC to put pressure on government or to be giving loans to government.