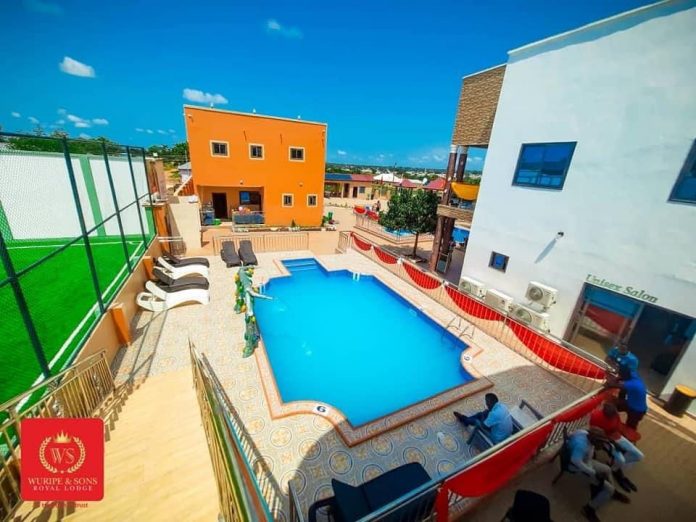 As part of activities to celebrate the 2nd Anniversary of the Wuripe and Sons Royal Lodge located in Bole, the Chief Executive Officer Mr Adams Wuripe in collaboration with the Paramount Chief of Bole Traditional Area, Yiram Bolewura Sarfo Kutuge Feso (I) is set to register 1,000 (One Thousand) people in the Bole Traditional Area for National Health Insurance (NHIS) cards.

A statement signed by the Secretary to Bolewura Mr Haruna Abdulai Obey on 10the September, 2022 said the mode of selection of the 1,000 beneficiaries, in the Bole Traditional Area (which mostly falls in the Bole and Sawla-Tuna-Kalba districts) will be done by the National Health Insurance Managers of both Bole and Sawla-Tuna-Kalba Districts of the Savannah Region respectively. 500 People has been alloted to both Districts.

Haruna Abdulai Obey said the registration process to be done by the Health Insurance Managers for the Bole and Sawla-Tuna-Kalba Districts in consultation with Assembly men from the various Electoral Areas shall last for four days, that is from today Monday 12th September, 2022 to Thursday 15th September, 2022.

He explained that all those registered at the various Electoral Areas will be bused to Bole and Sawla respectively by Wuripe and Sons Royal Lodge for free.

Haruna Abdulai Obey said the Chief Executive Officer of Wuripe and Sons Royal Lodge acting in consultation with the Paramount Chief of Bole Traditional Area has appointed Mr Mahama Haruna (Manager of Bole based Nkilgi Fm) as the Coordinator of the Project.

Wuripe and Sons Royal Lodge located in Bole town in the Savannah Region was opened to the public after its completion and launch on 27th September, 2020.

The latest addition to the Wuripe and Sons Royal Lodge, besides the 45 rooms and a Presidential lounge, is a high standard executive lounge with 33 rooms with free speed internet access and other facilities.

Meanwhile the General Manager of Bole Nkilgi Fm Mr Mahama Haruna has said he formally accept the responsibility as the project coordinator for this Free Registration of 1,000 people in the Bole and Sawla-Tuna-Kalba Districts for Free.

He thanked Bolewura Sarfo Kutuge Feso (I) and the CEO Wuripe and Sons Royal Lodge for the confidence reposed in him and wish to assure them them he will will relocate to Bole in the next two days to work diligently and genuinely to ensure this project is a success.

He said the CEO of Wuripe and Sons Royal Lodge is God- sent for the people of Bole hence some us happily working for him.