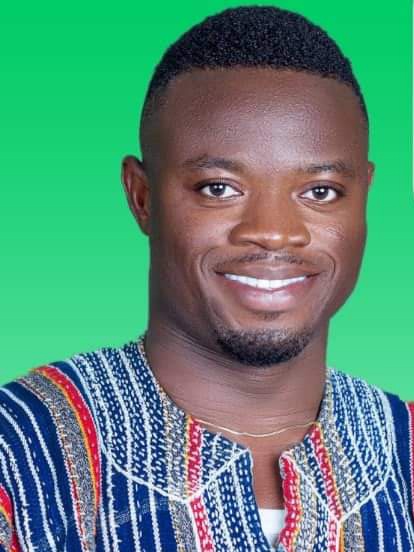 A National Democratic Congress (NDC) Activist and popular Communicator for many years Mr Gbelinyari Nwaangu Jacob has declared his intent to contest for the position of Deputy Communication Officer of the party in the Sawla-Tuna-Kalba Constituency of the Savannah Region when nominations open.

Gbelinyari Nwaangu Jacob said he is a native of Jang in the Sawla-Tuna-Kalba District and a registered voter and party member of the Jang D/A Primary School branch, who has over the years with a diligent heart, served the great NDC in many levels and capacities, particularly within the Youth Wing across the Sawla-Tuna-Kalba Constituency and Savannah Region at large.

He mentioned some of the duties and responsibilities he had rendered to the NDC as
serving as TEIN Elections Committee member in the Tamale Technical University (formerly, Tamale Polytechnic) in 2015 and serving
as a polling Agent for John Dramani Mahama and the NDC in the 2016 Presidential and Parliamentary Elections at the Jang D/A Primary School Polling Station.

He added that he served as a Cluster of Agent during the 2020 Presidential and Parliamentary Elections for three Polling Stations.

Gbelinyari Nwaangu Jacob added that he was a member of the Regional Supervisory Team monitoring the Yapei-Kusawgu Constituency during the 2020 Voter Registration exercise and as well as served as the TEIN President of Tamale Technical University, 2017/2018 academic year

He said he was a member of the Regional Campaign Team, Advance Team for the 2020 Presidential and Parliamentary Elections.

Gbelinyari Nwaangu Jacob further said he is a Communications Team member, Sawla-Tuna-Kalba Constituency and Savannah Region and once served as Deputy Regional TEIN Coordinator of the Savannah Region from 2019 to 2021.

Currently, Mr. Gbelinyari Nwaangu Jacob is the Regional TEIN Coordinator of the Savannah Region from 2021 till date.

Gbelinyari Nwaangu Jacob urged seniors, fellow party members and the public to consider the experience he gathered from them and knows that with their blessings he is highly confident that giving the mandate as the Constituency Deputy Communications Officer, he would not fail the great Party, NDC, the king’s makers and the masses of the Party membership advocating for this noble course.

He added that, persons who know him very well can attest that he is a humble and soft spoken gentleman, resilient, pragmatic, perfect communicator, one who would never accept any obstacle and an excuse to not deliver the required results of any duty assigned to him.