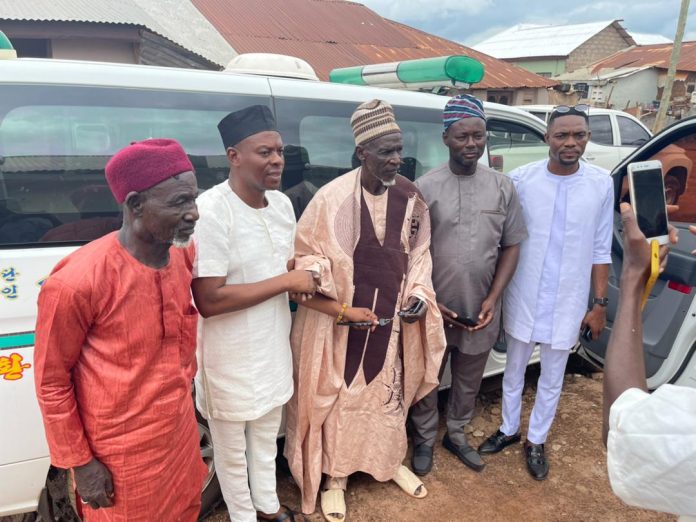 The former Member of Parliament (MP) for Salaga South, Hon Salifu Adam Braimah has donated a hearse to the the people of Salaga to help convey the dead to the cemetery.

The community until today 10th July, 2022, did not have a vehicle to carry the dead to the cemetery making it a priority need for the people which propelled the chief of Salaga to place a request to the former MP for a hearse.

According to the Municipal Chief Executive (MCE) for East Gonja Mr Richard Broni who donated the hearse on behalf of the former MP, the hearse plays an important role in society and so the former MP was more concerned about the benefits than the cost of procuring the hearse.

The MCE was accompanied by the Salaga South Constituency Executives of the New Patriotic Party (NPP) to deliver the hearse to the Salagawura and Imams at the Eid-ul-Adha prayer grounds in Salaga.

The MCE further indicated that the Chief and Imams of Salaga will take full responsibility for the hearse to ensure that it benefits the general public devoid of political colors.