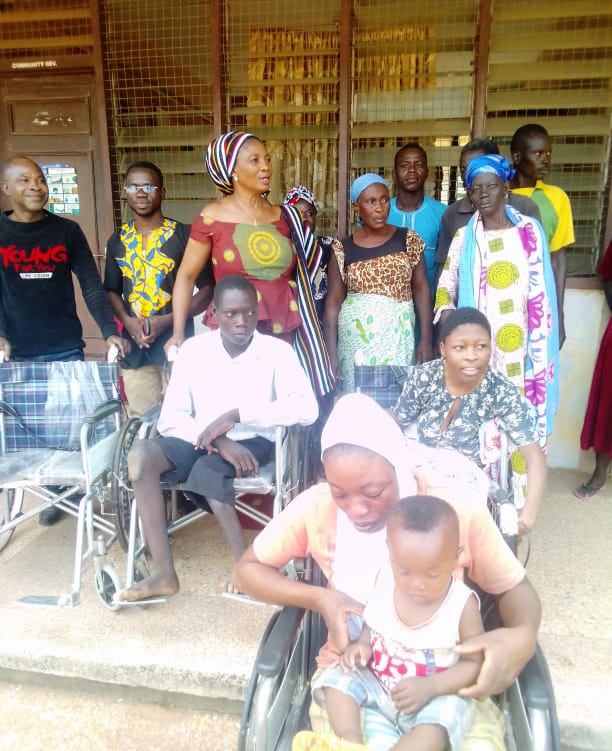 The District Chief Executive (DCE) for Bole, Madam Veronica Alele Heming on Thursday 7th July 2022, presented 30 wheelchairs to persons living with disabilities (PWD’s) in the Bole district of the Savannah region at the forecourt of the District assembly.

Speaking to Bole based Nkilgi Fm after the presentation the DCE said the wheelchairs were acquired through the Ghana Disability Fund.

She added that 9 wheelchairs have been given out and 21 are in the Bole District Assembly stores waiting to be given out to people assigned to them.

Mr Frank Kwaku whose brother is a beneficiary thanked the DCE and the assembly for the kind gesture. He said the wheelchairs will go a long way to help the mobility of People Living with Disabilities (PWD’s).